Keith and Lynda Verdenik have seen no shortage of aspiring seamstresses and craftspeople over the past year and a half. 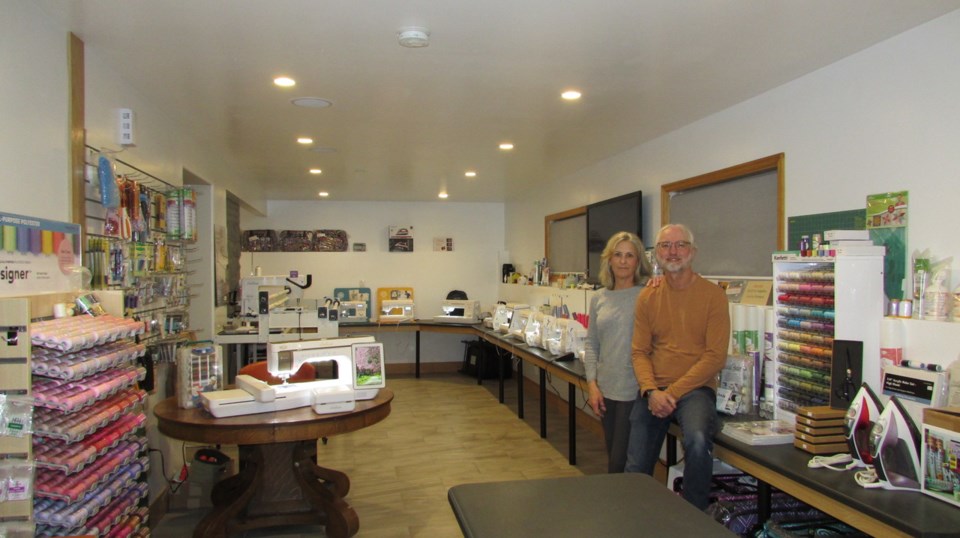 Keith and Lynda Verdenik have found themselves in a favourable position amongst the emergence of old and new sewers, inspired to get acquainted with needle, thread and bobbins during the pandemic.

“Everybody’s either dragging grandma’s sewing machine out of the back of the closet and bringing them into get serviced or looking to buy something to get started,” says Keith Verdenik. “It’s an awesome time for sewing. Really, it’s been absolutely amazing to see the number of people getting into it.”

The Verdenik’s started their business Fix Sew & Scissors in 2019. This was after noticing a void of specialty services in the sewing industry. They offer maintenance and repair services as well as scissor and shear sharpening. They’re also the primary retail location in Northwestern Ontario for Baby Lock sewing machines.

Before deciding to open their doors several years ago, Keith says they wanted to make sure that they were up to date on all the latest technology and certification. They made trips down to schools in Texas and North Carolina to get what they say provided the most in-depth training in North America.

According to the couple, that acquired knowledge is paying off even though they haven’t been able to see a lot of their customers in person.

“There’s been a lot of frustration with people who are re-learning or starting to sew, so we’ve been doing a lot of coaching over the phone,” says Lynda. “We’ve also been sending a lot of e-mails and we put out quite an e-mail program to help people out with some of the basics.”

The couple has been fielding a number of requests about holding in-person courses on sewing—both basic and in-depth techniques—when it’s safe to do so. They say it’s something they’ve been considering and have accumulated a list names over the span of the pandemic to get a sense of who would be interested.

For the majority of the last year during lockdowns, they’ve also had to adapt by turning their front room into a pick-up and drop-off space for those needing their machine serviced.

When restrictions ease up, the couple says they’re excited to provide some help and see their customers in person. They add that they’re looking forward to opening up their showroom to the public, which is fully stocked with Baby Lock machines, notions, LDH Scissors colourful displays of thread.