Indigenous author Waubgeshig Rice's latest novel, Moon of the Crusted Snow, shows how a remote, northern community survives when the power goes out and all modes of communication with the rest of the world go down.
Jun 22, 2020 3:05 PM By: Katelin Hogard 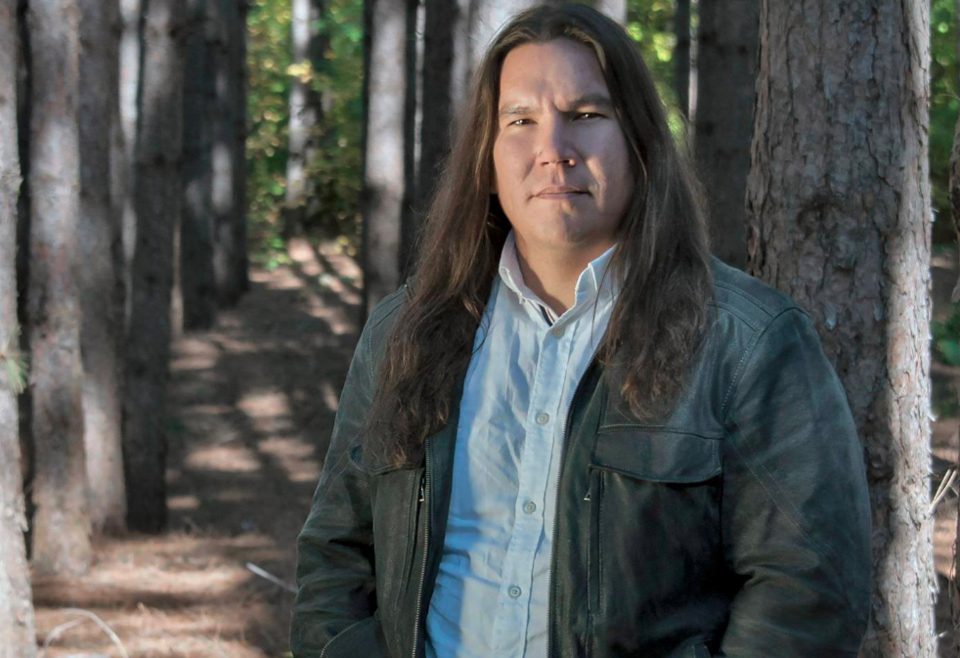 Through his land and community, author and journalist Waubgeshig Rice is using his experience and culture as the backdrop for his novels.

With a book of short stories and two novels under his belt, Rice has made a name for himself, not only with his journalism, but with his published writing.

With his most recent novel, Moon of the Crusted Snow, published in 2018, Rice has given the reader insight and understanding into how a community comes together during an apocalyptic time; an event similar to what the world has experienced with the recent global pandemic.

He says a lot of his inspiration for Moon of the Crusted Snow came from the great blackout of August 2003. It’s a post-apocalyptic novel about a community that comes together when the world goes dark.

“We thought [that] was the end, basically.”

His experience during this time, in his community, was about finding ways to be safe and healthy as a group and how that togetherness impacted them during a time when they thought the world was ending.

Connecting to the land

This was a moment that sparked truth to the facts of his ancestors already experiencing destruction of their world.

“Being an Indigenous person, being of Indigenous background, my ancestors already went through an apocalypse. The world had already ended.”

Through this exploration and reality of his ancestors, Rice takes an apocalypse and turns it on its head to allow the reader to discover community during a time that has usually been written as grim and abandoned.

He wanted to explore this in literary form and says this idea is more relevant than ever with how the world responded to a global pandemic. Rice watched how society panicked and hoarded items from the grocery store and discusses our lack of connection to Mother Earth.

“We’re increasingly reliant on food that comes in from elsewhere.”

A person can have skills that allow them to get everything they need from the land around us. A land deeply rooted with the resources needed to survive. “One of the key messages of the book is to understand your connection with the land; we have this beautiful relationship with [her].”

Prior to Moon of the Crusted Snow, Rice has published a book of short stories, Midnight Sweat lodge, and a previous novel, Legacy.

Midnight Sweat lodge, published 2011, was Rice’s first book and is a collection of short stories. Primarily inspired by his experiences growing up as an Anishinaabe youth that he began writing in high school.

His first novel, Legacy, was published in 2014. It explores the legacy of trauma and the impact it has on the Indigenous community. It centers on an Anishinaabe family in Northern Ontario that endures tragedy and how it impacts each family member individually.

Again, he connects this to the community and how they come together to heal and understand this trauma they’re all too familiar with seeing.

Rice grew up in a very positive home environment with a lot of love and support. Through high school, Rice explored writing and the creation of stories and was able to dive deeper while studying abroad in Germany in 1996.

Even with the support on his homeland, he was still aware of the racism going on around him.

There were little bumps in the road that come with being Indigenous in a sort of oppressed society, Rice notes.

In high school he excelled even though he didn’t have any teachers or counsellors pushing and guiding him. “Maybe if I wasn’t Indigenous, maybe the teachers and guidance counsellors would’ve been more hands on.”

Microaggressions; instances of passive aggressive abuse. The snarky comments of, “Are you going to drop out?” or, “Can I expect you back tomorrow?” were some of the remarks Rice experienced as a student.

Rice believes real reconciliation between his people and the country is through the survival of their language.

As a writer, the lasting significance of language speaks to him and gives the words and stories to allow readers a better understanding of his culture and community that settlers and white people have essentially tossed to the side and allowed to disappear.

As benevolent and tolerant we believe Canada to be, Rice hopes to keep educating and writing so the world can better comprehend the truth behind the Indigenous culture and their reality.

Youth immersed in water conservation journey across the north shore (9 photos)
Sep 10, 2020 10:08 AM
Comments
We welcome your feedback and encourage you to share your thoughts. We ask that you be respectful of others and their points of view, refrain from personal attacks and stay on topic. To learn about our commenting policies and how we moderate, please read our Community Guidelines.