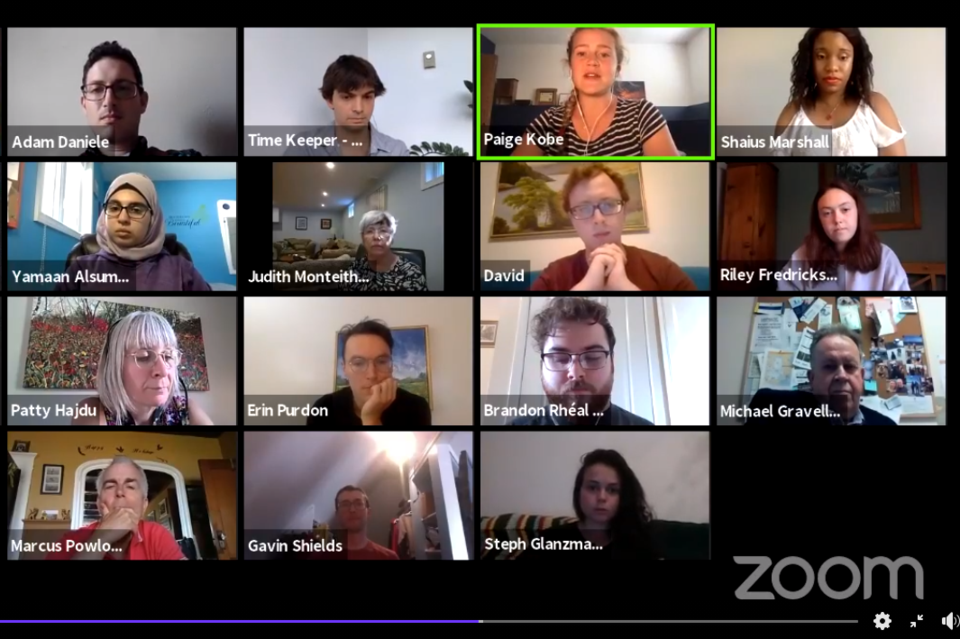 THUNDER BAY – When Paige Kobe got the chance to ask several high-profile Thunder Bay politicians a question about climate change at a virtual town hall over the summer, she knew it was an experience she wanted to share with more local youth.

“I think a lot of us were like, this is a really cool opportunity – you know, I got to ask the Minister of Health a question directly,” recalls Kobe, now in her fourth year of Water Resource Sciences at Lakehead University. “Not many young people get to do that, and I think that was pretty exciting for my peers.”

That event was organized in June by local volunteers with Future Majority, a national non-profit supported by the David Suzuki Foundation and Environmental Defence Canada that aims to get youth engaged in politics and amplify issues important to them.

Kobe and fellow volunteers plan to host a similar event in November, themed around a “green and just recovery” from COVID-19. Three pillars identified through surveys as being top youth priorities – racial justice, climate change, and mental health – will remain in sharp focus.

Riley Fredrickson, a fellow Future Majority volunteer and a Concurrent Education student at Lakehead, said the campaign aims to capitalize on growing political engagement among youth.

Turnout numbers for Canada’s youngest voting demographic, those aged 18 to 24, hit an all-time high of 57 per cent in the 2015 election. That dipped to 54 per cent in 2019, though participation by older millennials 25 to 34 kept growing, surpassing 58 per cent.

Both Kobe and Fredrickson believe their generation has seen a political awakening of sorts in the past year, pointing to the COVID-19 pandemic, Black Lives Matter protests, and West Coast wildfires as major inflection points.

“There’s a lot more politics popping up on my Instagram,” said Kobe. “It’s something I hadn’t seen before the pandemic. Black Lives Matter definitely hit social media very hard. A lot of people took a break from their own personal platform they’re trying to make, posting about their dog or food or whatever, and went to this political side.”

The pandemic brought many students a combination of financial hardship and time to reflect that Fredrickson believes may have opened eyes and sparked a desire to help others.

The two students hope that growing engagement will force leaders to respond to youth concerns, from action on climate change to universal mental health care.

They describe June’s town hall as a productive and respectful discussion with politicians, and hope to build on that success with another, similar event focused on a “green and just transition” to a post-COVID-19 future.

Along with a group of local Future Majority volunteers that’s grown to around 30, Kobe and Fredrickson are working to engage their peers and interested community organizations ahead of the next event, expected to be held in November.

The organization offers some staff support to volunteer hubs across the country, allowing youth to connect to share organizing tips and discuss issues.

A petition urging Thunder Bay politicians to support a green and just transition has already collected over 300 signatures, the group reports.

An official date for November’s town hall has not yet been set, but those interested can receive updates by signing up through the petition, or follow the national organization’s Facebook page.