“We can’t wait anymore”: 2020 a tiring year for autism families 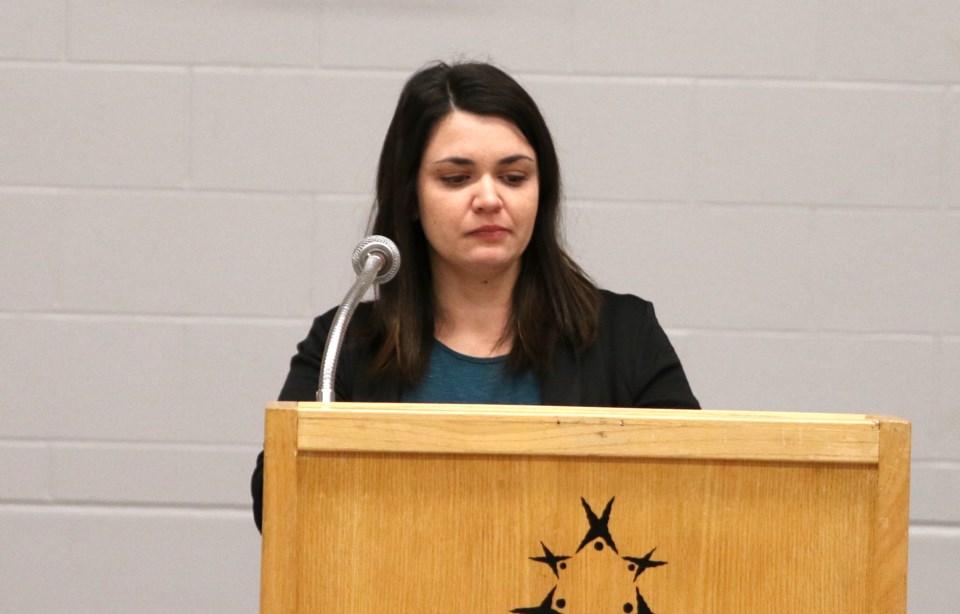 THUNDER BAY – A year marked by difficulty and disruption has been particularly tough on children with autism and their families. The combination of COVID-19 and continuing uncertainty over the future of provincial supports has left many families overwhelmed.

“One thing we hear a lot is families are tired,” says Krista Smith. “They’re so tired.”

“It kind of opened my eyes about the limitations in services, in funding, in access to anything – especially in this area,” she explains.

Her son was recommended for full-time Applied Behavioural Analysis (ABA) therapy, a leading approach to support the development of children with autism. With limited provincial funding, however, she’s only able to send him two days a week.

While he finds a supportive environment at school with the help of a Student Support Person (SSP) the rest of the school week, it’s wrenching to know he’s missing out on the help he truly needs.

“If he could be in ABA five days a week, we’d pull him from school and have him there,” she says. “He’s learning so much: he’s saying new words all the time, he learned how to sing. I know that doesn’t sound like much to a lot of people, but when you have a child who can’t really speak and he learns how to sing, it’s the most beautiful thing in the world.”

That level of support doesn’t come cheap, however: ABA therapy typically costs up to $80,000 a year.

Under current provincial rules, Smith’s family receives up to $20,000 a year to help pay for services, dropping to $5,000 when her son turns six.

That system, imposed in 2019, replaced the needs-based Ontario Autism Program (OAP), which didn’t limit funding but had lengthy waitlists.

Child & Community Resources (CCR), which was the region’s largest service provider, announced in the fall of 2019 the change cost them 90 staff members, drastically reducing services.

After an outcry from families and advocates, the government reversed course late last year, committing to return to a needs-based program.

Families and service providers now remain in limbo as they await details of the new program, initially promised for April by Minister of Children, Community and Social Services Todd Smith, but now pushed back to 2021.

“He hasn’t addressed our community at all, so we really don’t know what’s going on [or] how close they are to having this program up and running,” says Smith.

Creative Therapy Associates, which already offered speech-language pathology and occupational therapy, is one local company that stepped in to help fill the void with ABA therapy and other autism programs for children and parents. It’s the option Smith turned to when CCR announced it could no longer accommodate new families.

It’s a positive development, but still not nearly enough to meet demand, while costs keep the service out of reach for many families.

“If the government isn’t offering funds to families so they can purchase services from whatever agency they choose, we wouldn’t survive,” says director Melanie Maunula. “There really aren’t a lot of families who can pay for it out of pocket.”

Liz Hazathi, a fellow director, says they’re looking to continue growing, but uncertainty around the OAP is a major challenge.

“It’s been a scary time,” she says. “We never know what changes the government is going to make and how it’s going to impact service providers and families. We’re just looking for some consistency so we could build the services and sustain them.”

The government’s recent announcement of free “foundational family services” allowed Creative Therapy and other local providers to offer consultations, coaching, and workshops on issues like toilet training and sleep.

That will be helpful for some families, but Smith sees the move as a fig leaf over the bigger problem – lack of access to intensive therapy.

“We’re supposed to be thankful to the government, but we’re not, because these foundational services still put the onus on the parent,” she says. “Parents don’t want more webinars, they don’t want more things to try at home – they want the therapy their kids actually need. That’s what’s going to make a meaningful difference, and we can’t get it.”

The pandemic has only exacerbated the situation. Some families who previously sent their children to school have kept them home this year, Smith reports.

Children on the autism spectrum may struggle with wearing a mask or maintaining distance, and may have health issues that make them more vulnerable to COVID-19.

Maunula agrees the disruptions of COVID-19 tended to hit harder for those with autism.

“It was very stressful – not being able to access services or respite, concern over their children regressing, [losing] the skills they’d developed,” she says. “Just in terms of the kiddos being able to do well with structure and routine, with everything suddenly being turned upside down it had a huge impact.”

Creative Therapy Associates reopened in July, and the centre is now accommodating more clients than ever.

But for many other families in the region – including in remote communities, where COVID-19 travel restrictions prevent the return of visiting therapists – the wait for help continues.