EDITORIAL: Investing in the bike is the smart thing to do

Northern Ontario has a higher rate of obesity than the rest of the province. We also smoke more. We drink more. We live, generally speaking, unhealthy lifestyles compared to our average southern Ontario counterpart.
Sep 11, 2015 9:55 AM By: Scott Paradis 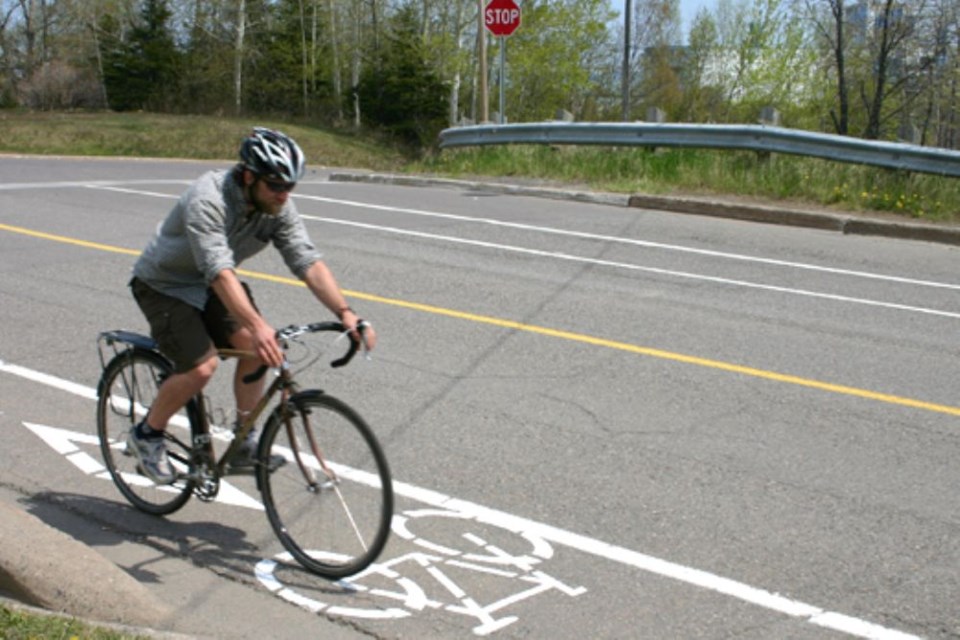 Northern Ontario has a higher rate of obesity than the rest of the province.

The bike-lane debate reignited this week when a group announced it was preparing to appear in council chambers with a petition supporting the idea of a protected bike lane corridor stretching along May Street and Memorial Avenue.

While the feasibility of the idea isn’t entirely known just yet, the theory of a cross-town link to allow for safe cycling is one worthy of support.

Having a safe corridor for cyclists to get through the intercity area of Thunder Bay is desperately needed. Our long winter season is deterrent enough for cycling, the least we can have is infrastructure in place to make the short cycling season an inviting and safe one.

I understand at least half of you who will read this will disagree. I ‘m certain if you do disagree, you’ll disagree strongly.

But as hard as I try to understand your position against bike lanes, I just can’t find any logic in your position. So allow me to use the following strawmen to explain why your position is seemingly hollow.

Opponents often point to the burden cyclists have on traffic flow. OK. But the heaviest traffic volumes Thunder Bay sees during any ‘rush hour’ would be considered by most medium to large urban centres as trouble free.

Some cities have serious traffic issues and bicycle-friendly infrastructure certainly exacerbates that.  Memorial Avenue and May Street, two of the busier thoroughfares of Thunder Bay, only face traffic issues in the context of someone who has never been to, or lived in, a city with actual traffic volume problems.

Bike lane opponents point out how often you can see a cyclist disobeying traffic laws – riding on the wrong side of the road and on a sidewalk, flying through stop signs, not signaling and so on. These complaints are real and legitimate, but certainly have nothing to do with this debate.

Bike lane opponents point out the “wasteful” spending of bike lane infrastructure. While this infrastructure certainly costs money, it still remains among some of the city’s least expensive investments.

Spending any amount of money is worth serious discussion, but to argue that we shouldn’t invest anything in bike lanes simply because they come with price tag seems more like a tactic to avoid thoughtful discussion.

As previously stated, the feasibility of the protected bike lanes being proposed is not clear right now.  So we’ll certainly, as a community, have to argue the return on investment of this specific plan. If the price tag is too high, then perhaps the plan as it is presented will not be one worth pursuing.

That doesn’t mean, however, that we should ignore the real need for a safe cycling corridor in Thunder Bay.

We don’t have traffic problems. We certainly have health problems. Our cycling season is short and our city isn’t the friendliest right now for cycling during that short season. As far as infrastructure is concerned, cycling is comparatively cheap.

So when you get enraged about the idea of a bike lane, what exactly are you getting so upset about?