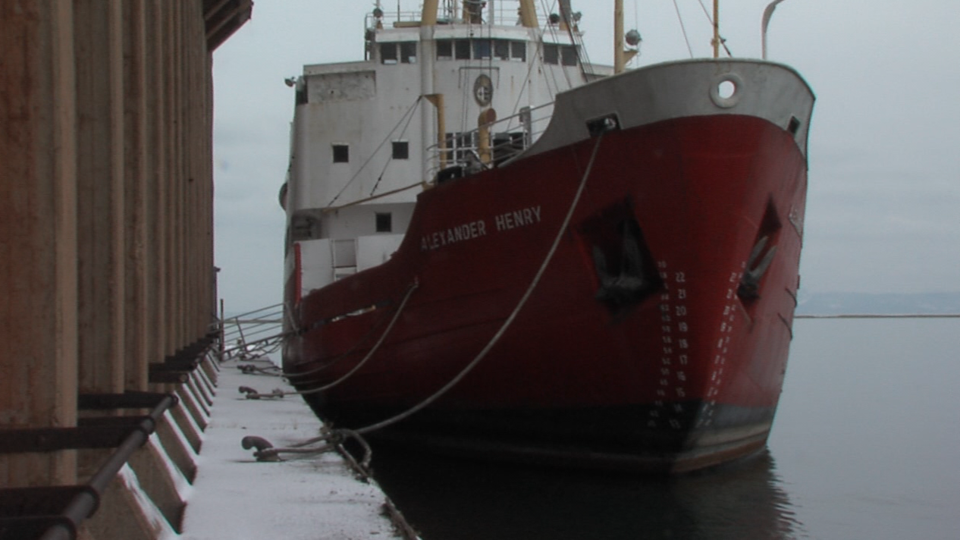 THUNDER BAY -- Five months after she was towed from Kingston to Thunder Bay, the Alexander Henry is expected to undergo her second and perhaps final tow this week.

Charlie Brown, spokesperson for the Lakehead Transportation Museum, says the lease agreement with the City of Thunder Bay and the Thunder Bay Port Authority has been finalized.

That clears the way to move the retired Canadian Coast Guard icebreaker from her temporary berth at the CN ore dock to the former Pool 6 grain elevator property south of Marina Park.

"We've signed our part.  We've sent it off to both the port and the city. They agreed to everything so I think that's a done deal as far as that's concerned," Brown said in an interview on Monday.

The agreement provides for a five-year lease at Pool 6 where the Alexander Henry will serve as Thunder Bay's newest tourist attraction.

Brown said he hopes the weather holds out long enough to make the move.

"We've gotta arrange a crew to handle the lines, and we're going to bring in a couple of tugs to tow her over. It won't take too long, but we need a nice day with the water relatively calm, and now that there's snow and ice we just have to move a little slower, that's all."

The retired Amalgamated Transit Union president was interviewed while he was doing work on the Alexander Henry, a task he's been committed to ever since it arrived in Thunder Bay.

He and other volunteers hope to have electricity hooked up, and heating available in parts of the ship, so that cleanup and restoration can continue over the winter.

Their goal is to conduct a "re-dedication" ceremony for the icebreaker before the end of May.