A woman and three children lost all their possessions.
Jan 5, 2021 3:53 PM By: TbNewsWatch.com Staff 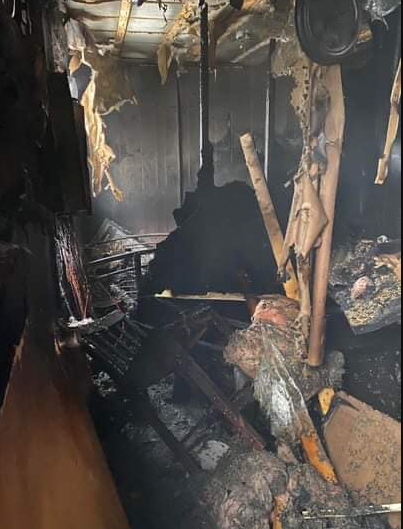 A family of four in Nipigon lost all their possessions in a house fire on Jan. 1, 2021 (Jacquie Kennedy/Facebook)

NIPIGON, Ont. — A family of four has been left homeless after a house fire in Nipigon.

The blaze broke out early Monday morning, causing a woman and her three young children to flee to safety.

He said the family lost all their possessions, so a drive is underway to collect clothing, furniture, and money to help the family recover.

"As soon as we heard, we just got on the phone and started calling...whatever people can give, anything helps," Hetz said.

A Go Fund Me campaign has also been launched.

A spokesperson for the Nipigon fire department was not immediately available for comment on Tuesday.