Ontario Power Generation says cold weather combined with other factors to create 'a perfect storm'.
Feb 23, 2021 8:05 AM By: Gary Rinne 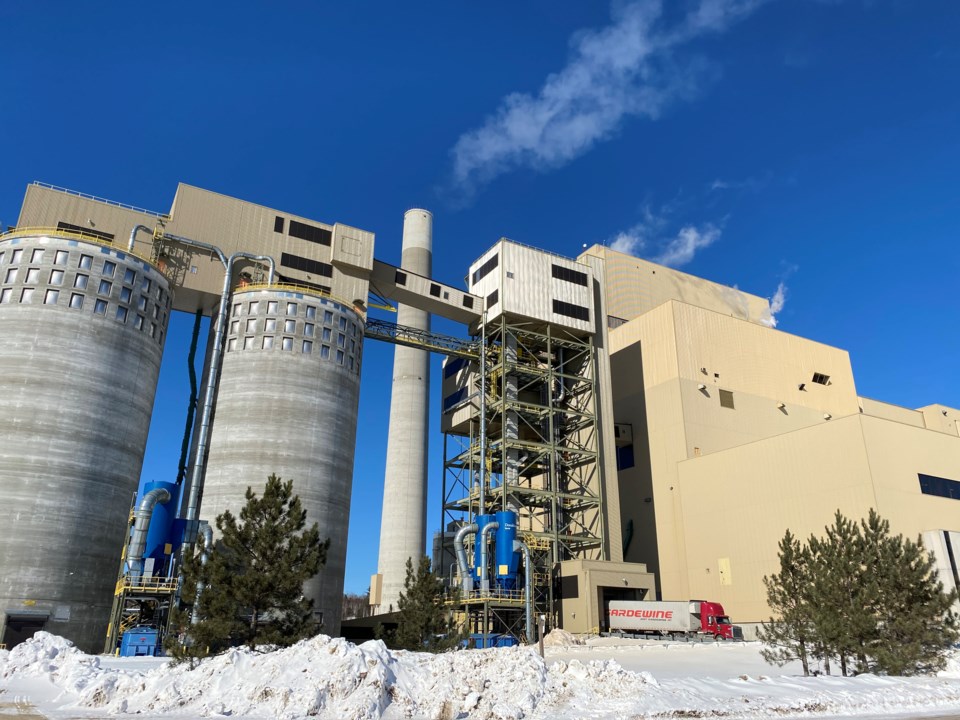 ATIKOKAN, Ont. — Ontario Power Generation says its biomass generating station at Atikokan did the job it's meant to do whenever there's a sudden demand for electricity in Northwestern Ontario.

The station, which burns wood pellets, ordinarily is only required to operate for several hours a day, during peak consumption periods Monday to Friday.

But for 24 days during two recent periods of unseasonably cold weather, the 205-megawatt station was producing power on a 24/7 basis.

Darcey Bailey, director of plant operations, says it was not just the cold but a combination of factors affecting the energy grid in the northwest that came into play.

However, Bailey said a relatively dry autumn and winter has left low water levels behind the region's hydro generating stations, resulting in somewhat curtailed power output from those facilities.

Some unplanned and planned outages along tie lines to electricity grids in Manitoba and Minnesota also limited OPG's ability to receive power from outside the region.

Bailey said these three issues, combined with the fact that all of Ontario was unusually cold, created "a perfect storm" that led to the Atikokan plant producing electricity around the clock.

"The entire province was requiring extra power, all at the same time, creating the need for additional generation in the northwest," he said.

Despite the increased demand, the station's output was never required to exceed half its designed capacity.

Bailey said this shows the Atikokan plant's value as an important backup power source in the event of an even more serious situation.

About 65 people work on site, but there are many more jobs connected to the production and delivery of pellets from the BioPower mill at Atikokan and from Resolute Forest Products in Thunder Bay.