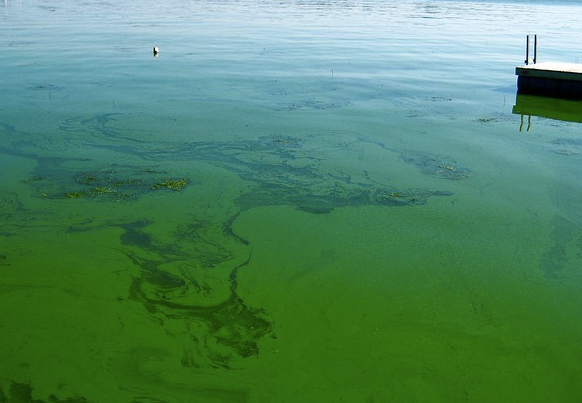 KENORA, Ont. — The Northwestern Health Unit has confirmed the recent presence of blue-green algae blooms on two lakes in the Kenora and Dryden areas.

On July 3, the health unit announced that laboratory tests were being conducted on water samples taken from reported algae blooms on Laurenson Lake in Kenora and Thunder Lake in Dryden.

On July 13, a spokesperson confirmed to tbnewswatch.com that the tests came back positive for blue-green algae.

The next step is to examine the algae for the presence of toxins which can pose a health risk to humans and animals.

Blue-green algae – or cyanobacteria – are microscopic organisms that are naturally present in lakes and streams.

They are usually present in low numbers, but can increase rapidly in warm, shallow, undisturbed surface water that gets a lot of sun.

The health unit is waiting for the results of the toxin tests, and will make a public announcement when they are received.

On Friday, it also announced it is investigating a reported algae bloom on Pickle Lake at the municipal public beach.

The beach has been closed pending the results of tests by the Ministry of the Environment, Conservation and Parks.

Health officials say there is a growing risk of algae blooms in Northwestern Ontario due to recent hot weather.

Members of the public who notice discoloured water or scum on the surface that's suspected to be blue-green algae should avoid contact with it, and not allow pets to contact it.

Anyone spotting an algae bloom should report it to the Ontario Spills Action Centre at 1-800-268-6060.

So far this summer, the Thunder Bay District Health Unit has not reported any blue-green algae blooms in its jurisdiction.

Last year, algae blooms were confirmed on several inland lakes in the district as well as in Lake Superior, just east of Thunder Bay.

OPP find missing 37-year-old
Aug 13, 2020 11:32 AM
Comments
We welcome your feedback and encourage you to share your thoughts. We ask that you be respectful of others and their points of view, refrain from personal attacks and stay on topic. To learn about our commenting policies and how we moderate, please read our Community Guidelines.
The latest on COVID-19 Local and global updates →
IT'S PATIO SEASON!
Patios That Are Now Open