THUNDER BAY -- A viral video has inspired a local church to open its bell tower and give the public a chance to try their hand at playing its bells. St.
Dec 11, 2015 2:56 PM By: Jamie Smith 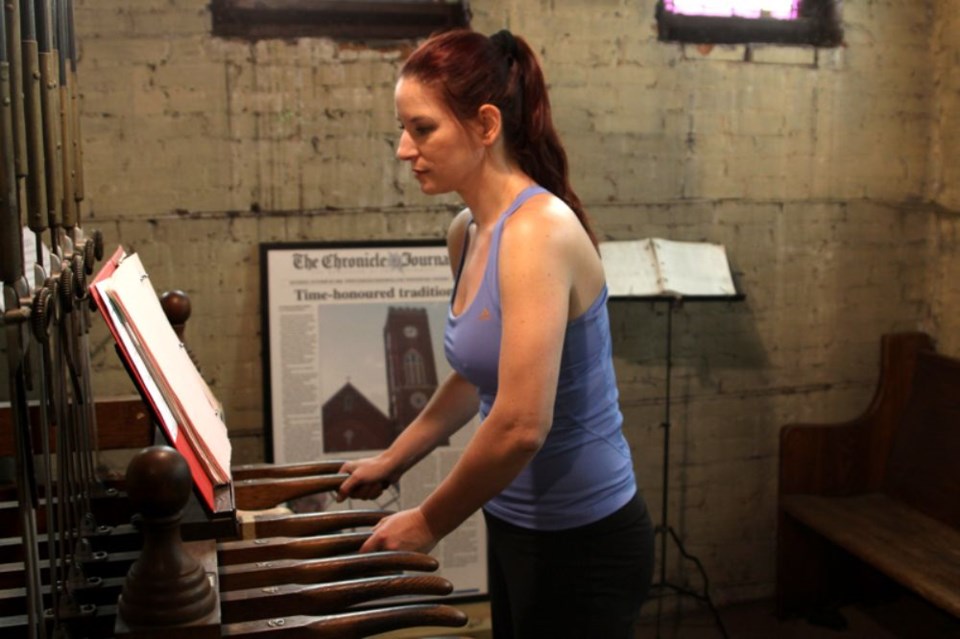 THUNDER BAY -- A viral video has inspired a local church to open its bell tower and give the public a chance to try their hand at playing its bells.

St. Paul's Anglican Church Archdeacon Deborah Kraft saw an opportunity after a video of a Sydney, Nova Scotia woman using a church's carillon as a workout routine spread across the internet.

St. Paul's might be the only church between Winnipeg and Toronto to feature 7,200 pounds worth of bells in its tower and tied to giant keys, usually played by volunteer ringers for special occasions and Sunday service.

When people hear church bells in the air, Kraft said most of the time it's a recording. Since 1910 when the bells were shipped to her church from New York via rail, St. Paul's has been giving people the chance to hear the real thing.

On Saturday an open house will go even further, letting people try the instrument for themselves.

"We think it's just a very nice thing we can do for the neighbourhood," Kraft said.

Music teacher Stacey Cham-Klein said you don't need a lot of musical experience to play the bells but being in shape helps.

"It is like a piano except you're playing keys the size of baseball bats and the weight of a good door," she said.

Kraft said playing the bells is a great workout too.

"It takes strength and agility," she said.