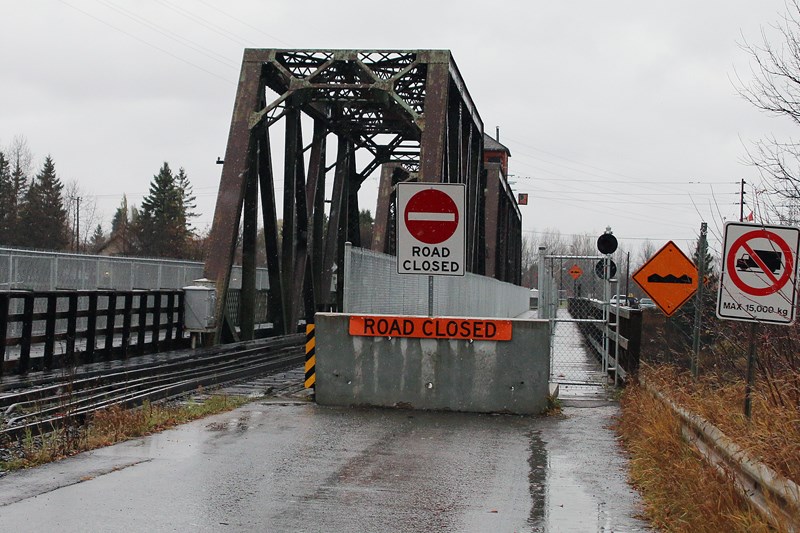 THUNDER BAY – The legal battle over the future of the James Street Swing Bridge is not over, despite a June court ruling that dismissed the city’s bid to force the Canadian National Railway to reopen the span to vehicular traffic.

The city of Thunder Bay has launched a challenge with the Ontario Court of Appeal, claiming Superior Court Justice Patrick Smith “failed to understand what he was being asked to do, and failed to understand that his role was to interpret the 1906 agreement” when he decided CN was not ordered by the century-old contract to make the repairs and upgrades that would bring the bridge up to current code.

The CN-owned bridge, which connects the city to Fort William First Nation across the Kaministiquia River, has been closed to vehicular traffic since an Oct. 29, 2013 fire broke out on the northern approach spans. Meanwhile, trains resumed crossing later that week.

“In particular, this appeal will decide whether CN can deprive the city of its perpetual contractual right to have the bridge open for the use of its residents and the respondent Fort William First Nation, while CN continues to enjoy the perpetual contractual rights granted to Grand Trunk in 1905, including the right to run trains over the city’s streets, which CN continues to do to this day,” the notice of appeal reads.

An agreement between the Grand Trunk Pacific Railway – the owner of the bridge prior to CN – and the town of Fort William – which later amalgamated into Thunder Bay – signed in 1906 saw the town provide the company with $50,000 towards the construction of the bridge in return for the railway to maintain the bridge “in perpetuity” and provide sufficient space to accommodate street car, vehicular traffic and separate passage for pedestrians.

CN lawyers argued the bridge did not meet modern building code standards and the state of the vehicular crossing posed a safety risk to motorists and pedestrians. Lawyers representing the city countered the agreement compels CN to provide vehicular traffic access across the bridge.

Smith ruled the legal responsibility was on the city to define exactly what CN would have to do to make the bridge safe for motorized traffic, a legal standard he said the city did not meet.

“Without a specific and detailed proposal from the city – one that has been tested and approved as structurally safe for public traffic, this court is left without reliable evidence upon which to formulate the orders that the city is seeking,” Smith wrote in his decision.

As well, Smith found the 109-year-old bridge was not originally constructed for the traffic loads it experienced prior to the closure, with the most recent estimate of 8,900 motor vehicles per day.

Smith determined “CN’s maintenance obligations were limited to the type of traffic that was on the bridge in 1906,” the city claims, “but, even if the learned judge was correct in this interpretation, he made no finding that the 1906 agreement was at an end and no determination of CN’s ongoing obligations.”

The appeal also argued Smith “ignored evidence of increased accidents, including fatalities, at the city intersection that, because of the closure of the bridge, has had to absorb the traffic that would otherwise have crossed the bridge.”