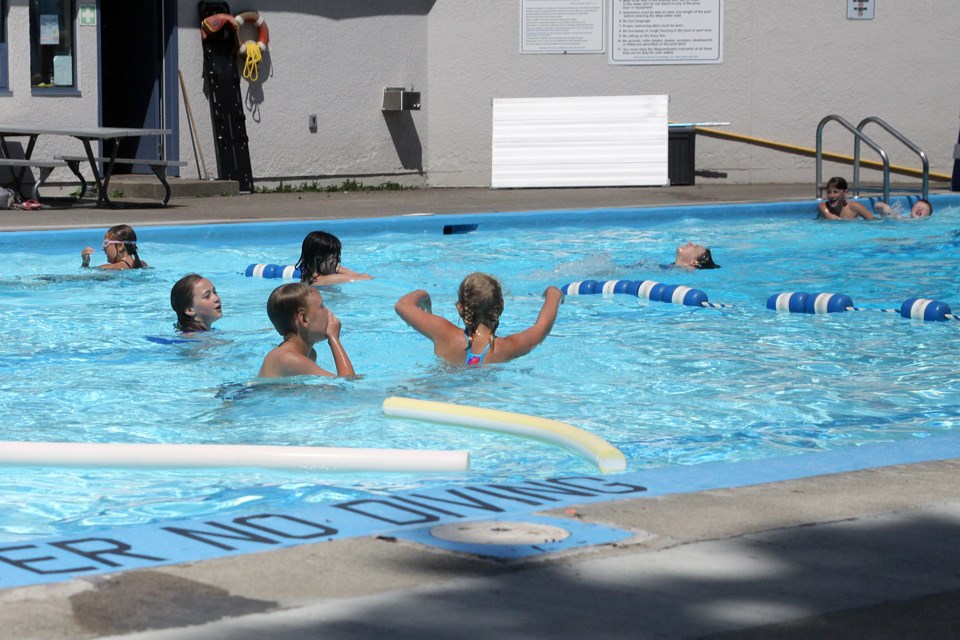 Children swim in Art Widnall Pool in 2019. The facility will remain closed this year. (File photo)

THUNDER BAY – Eyeing an uncertain and challenging path to reopening, city council has decided to proactively cancel a number of summer programs and keep some facilities closed for the year.

The city’s outdoor pools, campgrounds, and amusement rides at Chippewa and Centennial parks will remain closed for the summer. Many city and community events are now officially cancelled, along with the Adventurers summer day camp.

Council left the door open to operating some summer programs, including most day camps and community events taking place after July 31. The decisions will revolve around when the province relaxes COVID-19 restrictions, the amount of lead-up time required to launch the programs, and the city’s own risk assessment.

Provincial orders limiting gatherings and facility openings are in place through at least June 9. In a report made available only hours before Monday’s meeting, city administration said after allowing for lead time to hire staff and prepare venues – a process that could take up to six weeks in some cases – there was little value in offering many of its usual summer activities.

City manager Norm Gale apologized for the last-minute arrival of the report, saying the city was scrambling to respond to the province’s decision to extend emergency orders, which came on May 26.

Gale said the early decision to close the programs and facilities would allow city staff to focus on others that could still go forward, like splash pads and the playgrounds program.

While expressing regret over the decision, councillors voted unanimously to adopt the recommendations.

“In a lot of respects, it’s defining what our summer is going to be, and it’s not what any of us want,” said Current River councillor Andrew Foulds. “But I think one of the reasons Thunder Bay and the surrounding area has been managing this situation well is because everyone is taking it seriously. Our first priority is safety.”

Kelly Robertson, the city’s general manager of community services, told council that even when facilities are permitted to reopen, the process will be far from simple. City staff were still analyzing 65 pages of new guidelines for reopening aquatic venues released Friday by the Lifesaving Society of Ontario, for example.

“When we open these venues, it’s not going to be like it has been in the past,” she said. “We’re going to have to demonstrate physical distancing, there’s going to be controlled access.”

Robertson estimated it would take about six weeks to reopen outdoor pools under the new guidelines, meaning they would not be ready until late July, even if they were given the go-ahead to open by the province on June 9.

It’s estimated the closures and cancellations will save the city about $550,000, partly through the loss of a number of summer student positions.

The savings will help eat into millions in estimated losses for the municipal government due to the pandemic.