Pandemic could blow large hole in city's financial reserves without help from upper levels of government
May 1, 2020 4:51 PM By: Ian Kaufman 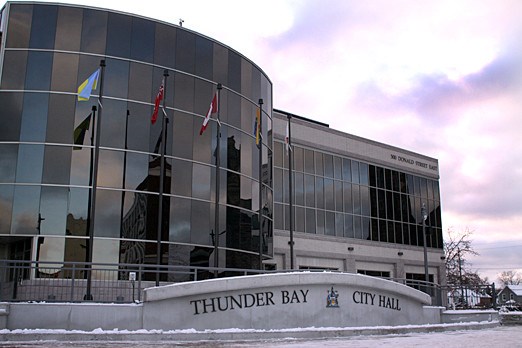 The COVID-19 pandemic is expected to cost the city more than $5 million by the end of May. (File photo)

THUNDER BAY – The COVID-19 pandemic is projected to cost Thunder Bay’s municipal government over $5 million by the end of the month, a report from the city’s treasurer indicates. That could wipe out a large portion of the city’s main reserve fund without help from upper levels of government, which so far have provided only $75,000 in additional funding.

The bulk of the fiscal pain is a result of nearly $5.4 million in lost revenues from transit, recreation facilities, parking, child care, casino payments, and more projected through the end of May. The city also anticipates nearly $1.4 million in additional spending due to COVID-19 in that period, largely on labour and personal protective equipment (PPE) and cleaning.

Meanwhile, the city anticipates saving just over $1.5 million by month’s end through temporary vacancies (the city laid off around one third of its workforce in March), reduced fuel and maintenance costs in transit, and reduced supply needs with many city offices closed and services disrupted.

All told, it means the pandemic will blow a $5.2 million hole in the city’s 2020 budget just by the end of May, says the report, prepared by city treasurer Linda Evans. It projects further losses of around $1.4 million per month if current public health restrictions remain in place.

Those figures do not include a $235,000 emergency fund created by the city to assist beleaguered local non-profits, nor do they account for lost revenue at the Community Auditorium. The facility’s annual losses are largely made up for through the city’s Community, Youth and Cultural funding program.

“In the event there are shortfalls [at the Auditorium], that would be something they would have to manage through their application to the [program],” Evans said.

Local governments face limited options in addressing budgetary deficits. Under Ontario’s Municipal Act, cities must cover shortfalls through the use of reserve funds or make up the difference in the next year’s budget, said Evans.

That would likely leave the City of Thunder Bay drawing from its stabilization reserve fund, which currently sits slightly below $10 million, she said. The city will also have a surplus from its 2019 tax-supported budget, estimated at around $3.4 million, which Evans will recommend diverting entirely into the stabilization reserve.

“That’s the purpose of [the fund], to stabilize our budget and ensure one-time extraordinary costs are dealt with,” Evans said. “And if there was ever an extraordinary situation, it would be this.”

Evans considered it unlikely the costs of the pandemic would be higher than the stabilization reserve could cover. However, the report does present other possible belt-tightening measures: deferring some non-essential hiring, “continued review of staffing levels,” and reductions in discretionary spending.

As the provincial government takes tentative steps toward reopening some sectors of the economy, the projections could also change for the better.

“We know that things are changing every day, and it will depend on the phased approach the province has decided on how we’re going to reopen and get back to normal life,” explained Evans.

Cities across the country face similar problems. The Federation of Canadian Municipalities recently called for at least $10 billion in aid for the nation's municipal governments to cover shortfalls.

While Evans says the city is participating in ongoing discussions with upper levels of government, no support has been announced, aside from an additional $75,000 the city received from the province for long-term care.

“At this point, we don’t have any information from other levels of government," Evans said.

The report will be presented for consideration by city council on Monday.