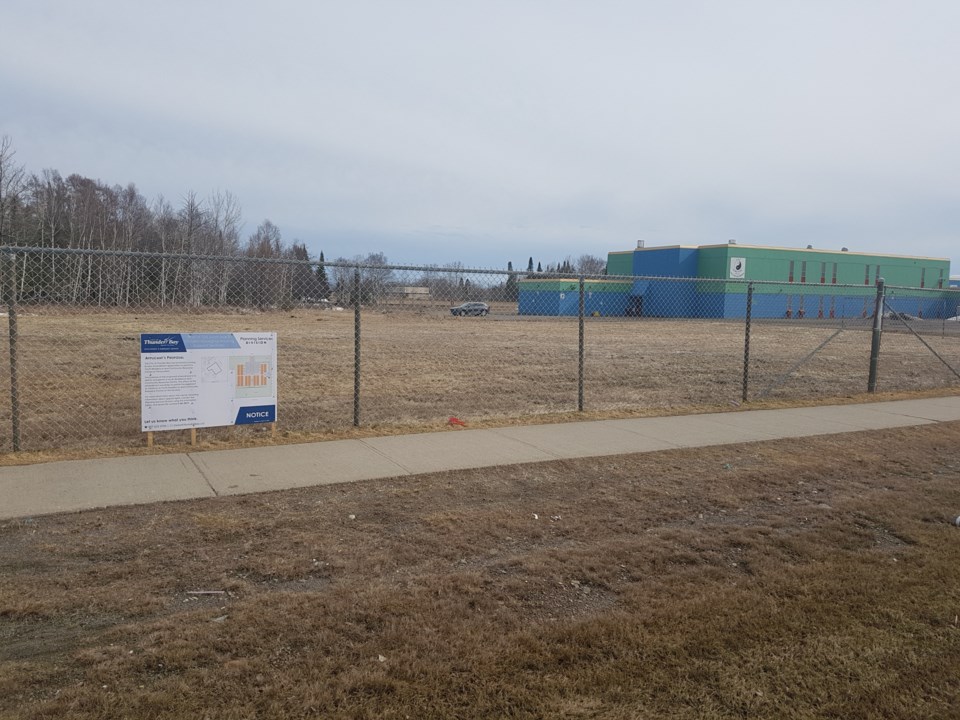 THUNDER BAY - Public opinion of a controversial proposed transitional housing project that would be located on Junot Avenue has seemingly swung in favour of support after the third public meeting was held on Tuesday.

Roughly one month after 200 residents filled the Boys and Girls Clubs of Thunder Bay gymnasium to voice their opposition of the project that would house homeless Indigenous individuals between the ages of 18 and 29 and have wraparound services provided by the Thunder Bay Indigenous Friendship Centre, a community event hosted by the Ontario Aboriginal Housing Services and partners of the housing project garnered overwhelming support in the other direction.

At the same Windsor Street location, community members listened to an information session, viewed video examples of success stories in other communities around the province, and ultimately spoke of the benefits and voiced their support of the project.

In 2018, city council approved the land gift on Junot Avenue adjacent to the Boys and Girls Club. The location was selected from an option of four city-owned properties that had been declared surplus. Originally, the land had been valued at $220,000 and the project to build a 20-unit facility was pegged at $3.6 million.

A homeless survey population from earlier in the year found that two-thirds of the 474 people experiencing homelessness were Indigenous and 41 per cent of all respondents were under the age of 34.

“Not only is this something we very much need in terms of housing for homeless youth but from a financial point of view this is a bargain,” former city councillor Paul Pugh said at the time.

After the Ontario Aboriginal Housing Services considered the initial development an under-utilization of the property in April of this year, OAHS proceeded to triple the size of the project, bringing forward a 58-bed facility with an estimated construction price of $12 million.

OAHS told tbnewswatch the group decided to proceed with the entire development rather than its original plan to build it in phases.

"To have it in such close proximity to a children's recreation centre and schools is, to me, just not good judgment," said Aiello, who is the executive director of the Boys and Girls Club.

Despite oppositional votes from McKinnon, Aiello, Coun. Mark Bentz, and Coun. Peng You, the city approved the sale of the property in May.

This sparked a public meeting on June 21, hosted by Aiello and McKinnon at the Boys and Girls Club.

About 200 passionate residents voiced their concerns over the proposed building’s proximity to a neighbourhood which has been the scene of multiple violent, gang-related incidents.

Residents of the area also voiced the perception that homes are decreasing in value because of increased crime and gang activity, implying that the proposed facility would further perpetuate this issue.

On Tuesday, the overwhelming majority of speakers voiced their support of the project.

Partners of the project included the Thunder Bay Indigenous Friendship Centre, the Metis Nation of Ontario, and Infinity Property Services.

Through information presentations, the groups explained how the facility will help the most vulnerable segments of our population, help to decrease crime in the area, and see the value of area residences increase rather than decrease.

“In the past, I was against the program based on assumptions. I was unsure about the influences affecting youths,” resident Benjamin Murray said. “After coming to the meeting and seeing the community aspect… I just see this as a tool fighting against those influences… so I’m totally for it.”

“My question is why are these concerns only being voiced now?” one speaker asked. “Have you considered fighting the structural factors instead of the youths that are only trying to help themselves?”

The OAHS will await a zoning bylaw amendment to move forward with the project, which is expected to be put in front of city council in September. If approved, Charlene Baglien of the Thunder Bay Indigenous Friendship Centre expects the facility to be completed by 2021.

With files from Gary Rinne, and Matt Vis