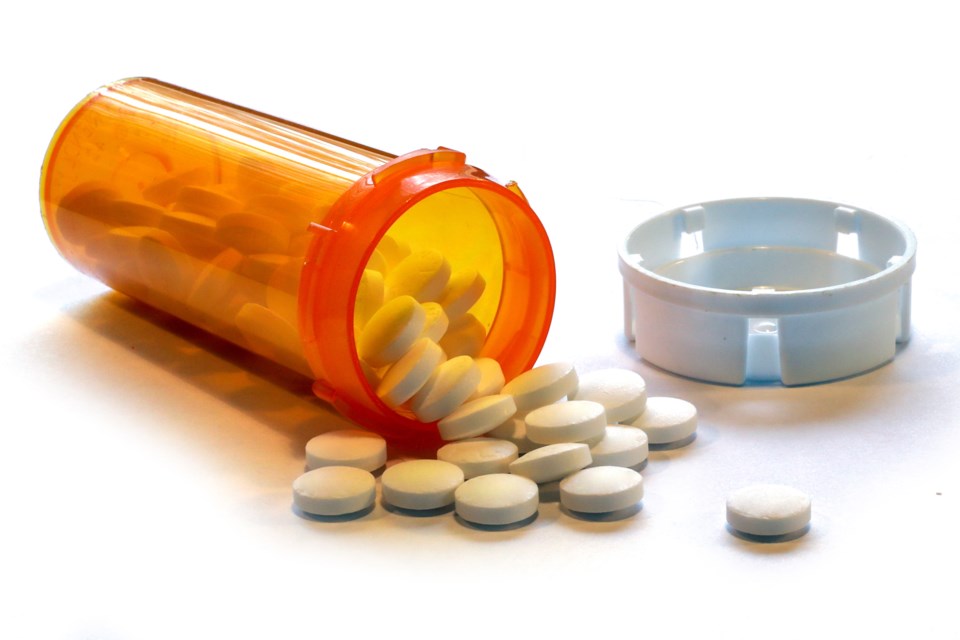 THUNDER BAY — Superior North Emergency Medical Services and Thunder Bay Police are reporting an increase in calls related to opioid poisonings in the city, both fatal and non-fatal.

No statistics were provided in a news release issued Tuesday by the City of Thunder Bay.

Police had issued a public safety alert last week that highlighted concern about the opioid commonly known as "pink down" or "pink dizzy," a fentanyl-based street drug.

"Frontline officers have witnessed a number of overdoses and sudden deaths where the use of the substance is suspected," they said.

There are also concerns about fake Percocet pills and fake Oxycodone pills which likely contain fentanyl, along with other narcotics contaminated with fentanyl, unknown to the user.

Thunder Bay Drug Strategy Coordinator Cynthia Olsen says the COVID-19 pandemic has highlighted that there are increasing overdoses across Ontario.

In the first 15 weeks of the pandemic, the deaths of nearly 700 people in Ontario were confirmed to be related to opioids, an increase of nearly 40 per cent over the preceding 15 weeks.

Provincial data indicates most of the victims were men between 25 and 44. Local officials believe the situation in Thunder Bay is similar.

"If we don't focus energy and resources on mitigating those harms, the loss of life from overdose is going to get worse," Olsen said.

She added that the social isolation required to keep people safe from the virus is also impacting mental health.

"Alcohol and substances are often used as a coping mechanism. It could be escalating the harms for individuals."

Olsen encouraged community members to check in on loved ones even if there is no suspicion they are taking drugs.

"The majority of opioid overdoses are unintentional, are occurring in private residences, and roughly 35 per cent of people are alone at the time of death," she said.

Anyone who witnesses or suspects an overdose should call 911 immediately, and administer naloxone if it is available.  Both doses are required.

Information on naloxone is available online at the health unit's website.

Keeping in mind the need for physical distancing due to COVID-19, health officials say anyone using substances should not do so alone. They say the risk of an overdose can be reduced by:

Agencies such as the supervised consumption site (Path 525) and the Rapid Access to Addiction Medicine Clinic at NorWest Community Health Centres on Simpson Street, and withdrawal management services in the city, also provide support.

NAN HOPE is specifically for Indigenous people from Nishnawbe Aski Nation living on or off-reserve.  It was created to reach members impacted by the pandemic.

Individuals needing help may also go to the website nanhope.ca to chat, text or phone.