THUNDER BAY – The Conservative candidate in Thunder Bay-Rainy River apologized on behalf of the Harper government for its treatment of local veterans.
Oct 8, 2015 12:16 AM By: TbNewsWatch.com Staff 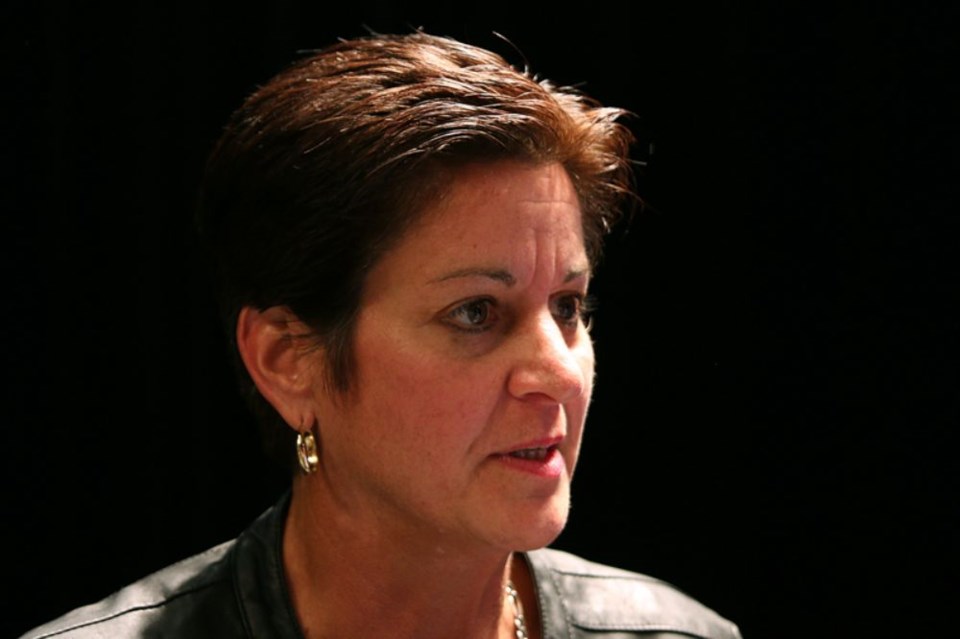 During a debate on Wednesday night, Thunder Bay-Rainy River Conservative candidate Moe Comuzzi apologized on behalf of the federal government for the treatment of local veterans. (Matt Vis, tbnewswatch.com)

THUNDER BAY – The Conservative candidate in Thunder Bay-Rainy River apologized on behalf of the Harper government for its treatment of local veterans.

During Wednesday night’s local debate, the candidates were asked what they would do for veterans after the local office was one of eight across the country closed by the Conservative government last year.

“It was unacceptable in which the way they treated local veterans. More dialogue and communication needed to be had,” Moe Comuzzi said, who pointed out she is a member of the local Branch 5 Legion and the niece of a Second World War veteran.

“We are deeply sorry. That apology was by removing Minister Julian Fantino. On behalf of my government, I’m truly sorry for what happened.”

She acknowledged there are 25 front-line mental health clinics across Canada and 31 integrated personal support centres but did not comment on whether she would push to have the local office back in service.

That’s a stark difference from the candidates of the other three parties.

NDP candidate John Rafferty, who was vocally opposed to the closures of the offices when they were shuttered in January 2014, pledged the NDP would reopen all of them.

“Now our veterans have a 1-800 number or they go online and somehow try to find an answer to what they need,” he said. “It’s unsupportable and unconscionable.”

Liberal candidate Don Rusnak said his party was pledging to spend $80 million per year to create a veteran’s education benefit, $100 million per year to expand supports to veterans and families and to increase the veterans’ survivor’s benefit along with reopening the closed offices.

Green Party candidate Christy Radbourne said they would also commit to reopening the closed offices, especially considering Prime Minister Stephen Harper recently expanded the mission for Canadian troops in the fight against the Islamic State of Iraq and the Levant.

“It’s simply unconscionable we’re looking at a government that advocates sending more people, creating more veterans, yet refuses to support them when they get back home,” she said to a round of applause. “That makes no sense.”