The Friends of the Conservatory hosted a 50th anniversary celebration for the Centennial Botanical Conservatory that opened in 1967.
Nov 18, 2017 4:37 PM By: Doug Diaczuk 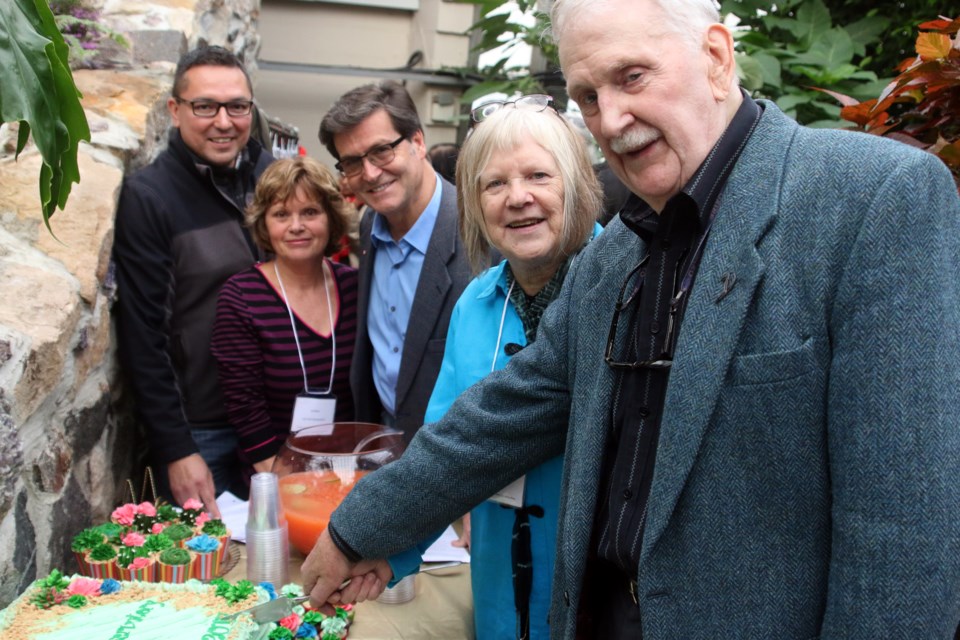 THUNDER BAY - Fifty years ago to the day, Rob McCormack, former secretary and general manager of Fort William Parks and recreation department, helped cut the ribbon to open the Thunder Bay Centennial Botanical Conservatory. Now in 2017, McCormack said it’s important to have a picture forward, and keep this facility open for the people of Thunder Bay to enjoy for the next 50 years.

“This was one of 10 in Canada,” McCormack said. “It has a uniqueness unto itself, it displays what can be done in a northern climate with protection, and it gives people a chance, who never get to the south or the jungles of our world, they can walk in here and feel that whole picture.”

On Saturday, the Friends of the Conservatory hosted a 50th anniversary celebration of the Centennial Botanical Conservatory.

“We’ve been looking forward to this event for a long, long time now,” said Sharon Sidlar, co-chair of the Friends of the Conservatory. “It’s just an exciting event for us and a very historical event for Thunder Bay.”

The Conservatory was opened on Nov. 18, 1967 and was constructed in honour of Canada’s 100th birthday. It occupies five acres of land and has an 11,400 square foot greenhouse that houses tropical plants from all over the world.

Sidlar said it is important to celebrate the facility’s history because it has played an important role in so many people’s lives.

However, in its more recent history, the Conservatory has faced a number of challenges, including problems with the building that saw pieces of glass in the greenhouse falling to the floor, which is still forcing the closure of two wings.

Sidlar said the Friends of the Conservatory make regular deputations to Thunder Bay city council to remind councilors that it is a facility worth saving.

“It really is to look at what is needed to bring this place up to code so we can open the two end rooms and make it an even more vibrant site,” she said.

“I’m quite thankful that the Friends of the Conservatory have been able to hold the forces that wanted to see this dissolved or put away or moved somewhere else and kept it here,” McCormack added. “This is a magnificent facility, it shows all kinds of different growth, different development.”

McCormack added that he would not only like to see the two closed wings reopened, but the facility expand to include a caterpillar room.

“We hope we can stimulate the council, and the Ontario and federal governments to provide money so we can do those kinds of developments,” he said. “People have to remember that all the plants you see planted in the parks throughout the city in the summer months, all are developed here. It’s a major contributor to our society.”