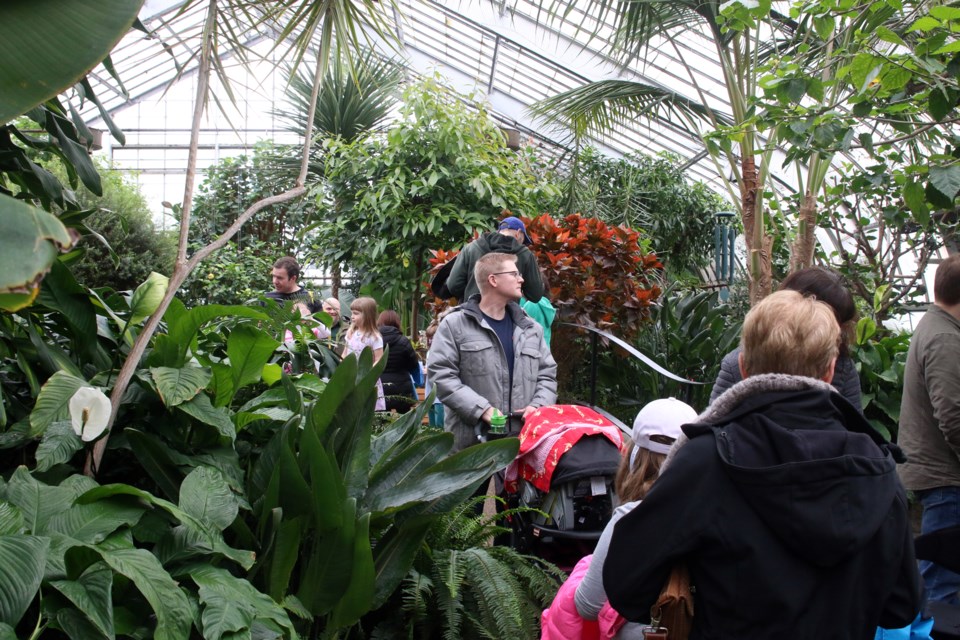 Senior city staff are urging council to maintain and renew the facility, despite a recommendation to close it contained in the program and services review commissioned by the city.

The final report from consultants Grant Thornton, released in June, estimated the closure would generate annual savings of $230,000 and one-time savings from investment into the structure of $2.1 to $3 million.

Cory Halvorsen, the city’s manager of parks and open spaces, will tell councillors that the greenhouse operations adjacent to the conservatory offer substantial efficiencies for the city, supplying plants for city parks and its growing Low-Impact Development (LID) program that could be difficult and expensive to source through the private sector.

The facility has also drawn substantial support in public consultations held by the city.

Administration is recommending a three-part renewal of the aging facility, which originally opened for Canada’s centennial celebrations in 1967.

That includes replacement of the existing seasonal cold frame greenhouse, immediately developing tender documents for replacement of the production greenhouses, and reporting back to council with renewal options for the conservatory itself, including its side wings, currently shuttered.

Conservatory renewal could include “extended services opportunities” like a multi-purpose room, educational programming, and a coffee bar.

The recommendation suggests dedicating funds in the 2021 Capital Budget toward replacement of the production greenhouses. The city has previously estimated the cost of replacing the structures at $1.6 to $1.8 million. The new facility would have an expected life span of around 30 years.

City council will consider administration’s recommendation at its Oct. 5 meeting.

Neskantaga evacuating over water concerns
Oct 20, 2020 5:17 PM
Comments
We welcome your feedback and encourage you to share your thoughts. We ask that you be respectful of others and their points of view, refrain from personal attacks and stay on topic. To learn about our commenting policies and how we moderate, please read our Community Guidelines.
The latest on COVID-19 Local and global updates →