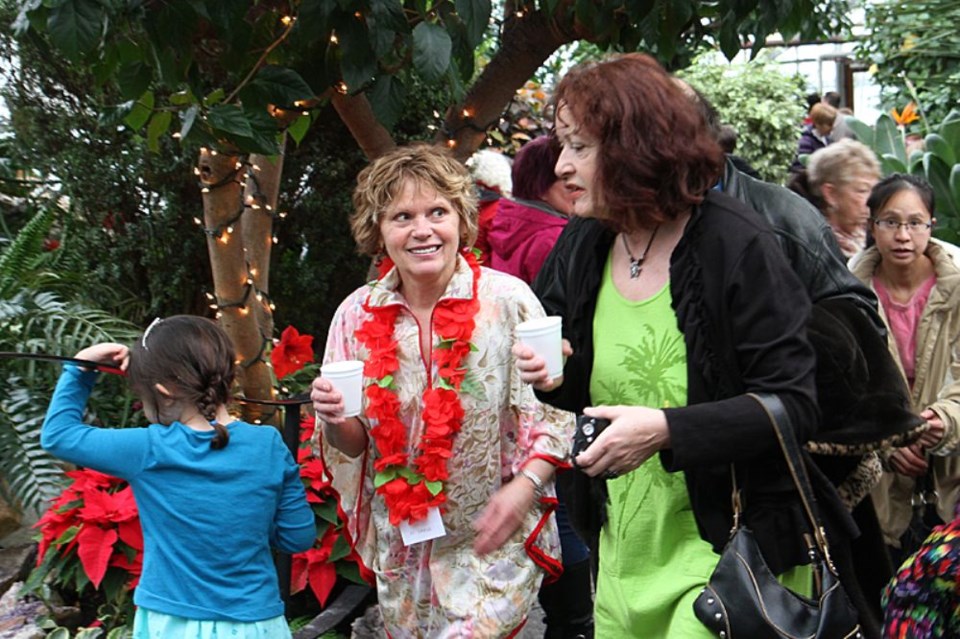 More than 200 people visited the Centennial Botanical Conservatory on Sunday for their "Afternoon in the Tropics." (Matt Vis, tbnewswatch.com)

The Friends of the Conservatory hosted their first event at the facility on Sunday, drawing upwards of 200 people to their afternoon in the tropics.

“The citizens of Thunder Bay do love coming to the conservatory,” Ott said. “I think the citizens have historically maybe not utilized it as much as we should have but with the attention back on it I think people will start to see there are wonderful things here and wonderful potential as well.”

The Dease Street facility, which was opened in 1967 as a Centennial project, has had its long-term future come into question.

The conservatory had been reopened in February 2013 after being closed for more than a year due to concerns about falling glass. That resulted in nearly $76,000 in repairs.

Those who visited the conservatory say those costs are worth it.

Vanessa Lem was joined by her two young daughters, mother and stepfather as they enjoyed the exotic foliage.

“It’s a hidden treasure and something that should be promoted and used to its utmost potential. We should take advantage of a facility like this and see where it can take us,” she said.

Ott said the group is determined to show the conservatory remains relevant to the public.

“Even though it’s a smaller scale it’s a wonderful asset to have in Thunder Bay and we just need to appreciate it more,” she said.

The afternoon featured an educational scavenger hunt exercise for children and Lem said it’s a great way for children to learn about plants from all over the world.

Ott said the higher than anticipated turnout will mean similar events will be held in the future.