Conservatory opens after being closed for nearly a year

THUNDER BAY -- Jennifer Koval-Defranceschi and her family have been counting down the days to the re-opening of the Centennial Botanical Conservatory.
Feb 15, 2013 3:20 PM By: Jodi Lundmark 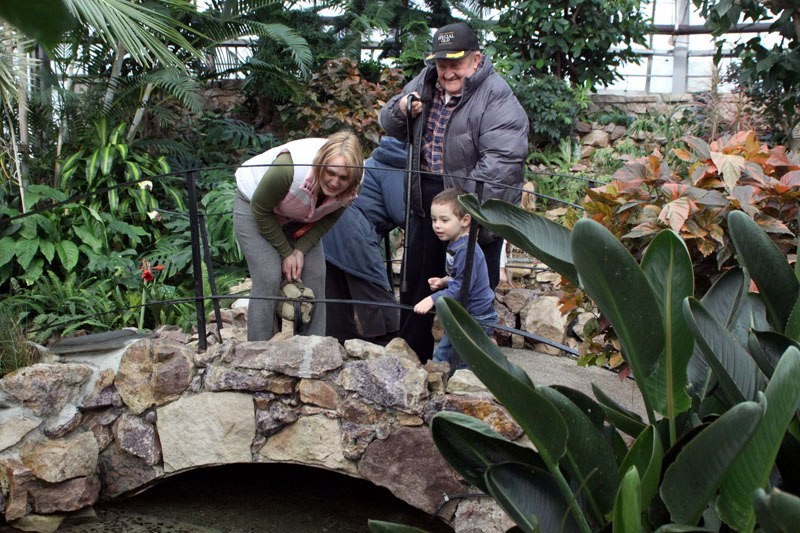 THUNDER BAY -- Jennifer Koval-Defranceschi and her family have been counting down the days to the re-opening of the Centennial Botanical Conservatory.

Along with a few members of her family, including her two children, Koval-Defranceschi was one of the first people to visit the conservatory Friday afternoon when it re-opened after being closed for the last year.

The facility was shut down after safety issues were raised about possible falling glass. City council debated closing the facility for good, but outcry from the community has kept the conservatory open.

About two dozen people had already walked through the doors after being open for just 30 minutes Friday.

“My kids have grown up here; since they were little babies we’ve come here,” said Koval-Defranceschi.

The family crossed off the days on the calendar until Feb. 15 arrived.

Ruth Mayor and her three friends were the first people to arrive when the doors opened at 1 p.m.

“I’ve been waiting a long time to see this re-open because I really enjoy all of the flowers and getting together,” she said, adding she would have been disappointed if the city had chosen to permanently close the conservatory.

“I hope they’re going to keep it open because a lot of people really do enjoy coming to see it.”

Keely Banning has been an outspoken advocate for the Conservatory and headed up the Friends of the Thunder Bay Conservatory group. After a year of fighting to keep it open, she was excited to see so many people there for the re-opening.

“Now that it’s back it’s a whole culmination of my efforts and it’s seeing a dream become a reality,” Banning said.

“The citizens wanted this place. Everyone fought hard to keep it. The fact you see it all active and full of people, it’s amazing. It’s absolutely beautiful,” she said.

Banning said the group’s next task is restoring the conservatory to its full glory and beyond.

That includes reopening the two wings that still remain closed and expanding the facility to include things like youth programs.

Fellow conservatory supporter Jamie Varga said the group is still assembling and working on research into funding options and what the group’s mandates will be.

“Looking into ways to make the place viable and be integrated more into the community, get the word out, get more people coming here and using the facility for what it’s meant for,” he said.

Varga wasn’t surprised to see so many come out for the re-opening after the clamour of support the Centennial Botanical Conservatory received.

“Hopefully we can keep it up,” he said.