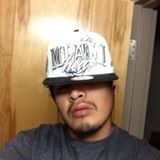 THUNDER BAY – A 31-year-old man, who had previously been sentenced to five years in prison for a 2014 homicide, has been arrested after allegedly assaulting a city bus driver.

Earl Felton Sakanee was arrested Monday night after a brief chase that ensued when an officer saw the incident taking place in the city hall area.

The bus driver was walking northbound on May Street at about 10 p.m. when he was verbally accosted and assaulted by the suspect, police said in a Tuesday news release detailing the incident. A woman then approached the accused and pulled him away from the victim.

The officer saw the suspect heading east on Donald Street and caught up with him while the accused was running down a back alley on the 100 block of May Street. After a brief struggle where Sakanee attempted to resist, the officer arrested the suspect and brought him into custody.

Police said the arrest was made within five minutes of the initial assault.

Sakanee has been charged with assault and resisting a peace officer.

In April 2016, Sakanee received a five-year sentence after pleading guilty to manslaughter for the July 2014 death of 44-year-old Lloyd Oskineegish in the Field Street area. Sakanee had 29 months remaining to serve at the time of sentencing after receiving credit for pre-sentence custody.

Sakanee had been one of six suspects originally charged with second-degree murder.