Correctional officers step up for the Underground Gym

About 50 correctional officers to volunteer for food drive in support of the Underground Gym.
Jan 8, 2018 3:26 PM By: Matt Vis 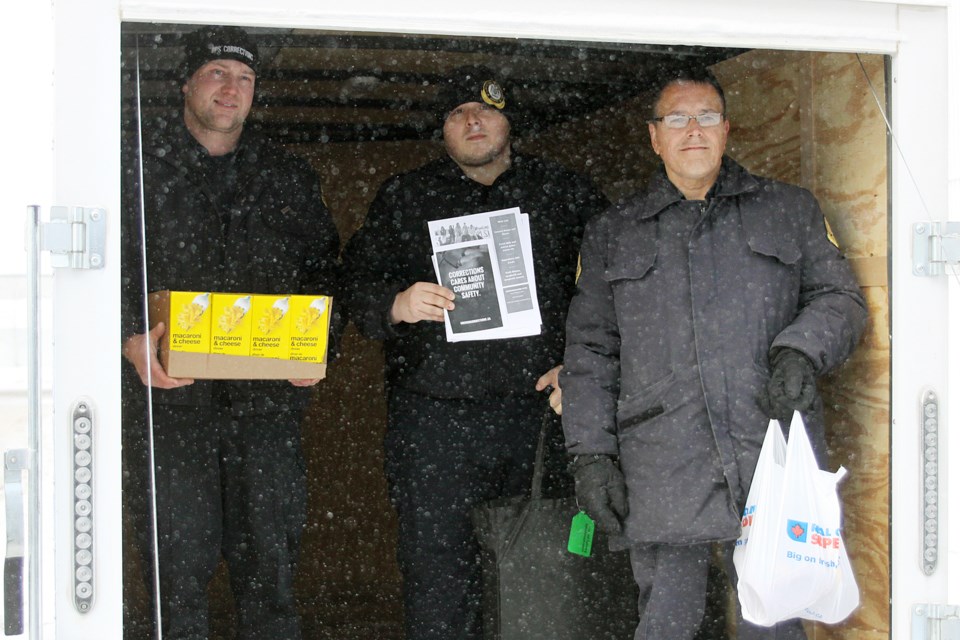 THUNDER BAY – Correctional officers do much of their work out of the public eye in facilities meant to isolate from the public.

But that doesn't mean they don't recognize the importance of giving back to the community.

Thunder Bay jail guards on Monday held a food drive in support of the Underground Gym, collecting items and financial donations at the Real Canadian Superstore.

Mike Lundy, an officer at the Thunder Bay Correctional Centre, said as many as 50 correctional staff are expected to volunteer during the course of the nine-hour campaign.

Over the past few years local correctional officers have held annual food drives for the Underground Gym, which offers workout space, a community kitchen and other opportunities for youth.

Lundy said the Underground Gym and its operator Peter Panetta play a vital role in giving direction and guidance to underprivileged youth.

“A lot of these kids don’t come from great homes and great areas in town,” Lundy said. “I’m a firm believer that when kids do sports, stay active and are busy, it keeps them out of trouble.

Greg Arnold, a provincial bailiff attached to the Thunder Bay District Jail who is also member of the corrections bargaining team, said it’s important to talk to community members about their jobs.

“We’ve hit a lot of national headlines in Thunder Bay, especially with corrections,” Arnold said. “A lot of people have a lot of questions. We’re trying to take the mystique out of corrections.”