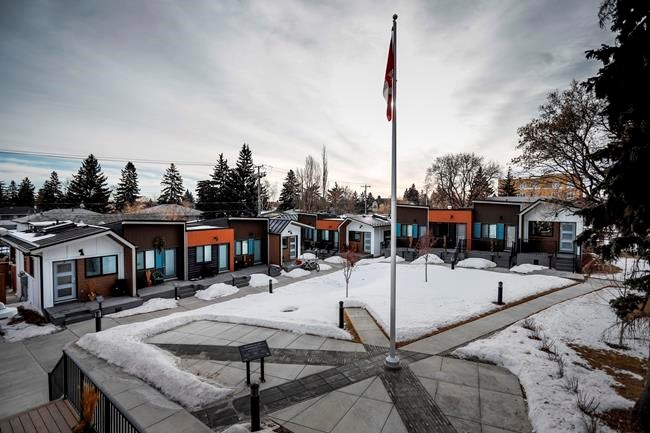 THUNDER BAY – Local groups believe tiny homes may be part of the solution to housing struggles in Thunder Bay. Two non-profit organizations are pursuing funding for a pilot project to examine whether the small units are an effective way to provide lodging to those with low income or at risk of homelessness.

The Lakehead Social Planning Council (LSPC) and Habitat for Humanity plan to apply for provincial funding for the project through the Trillium Foundation. Bonnie Krysowaty, a researcher at the LSPC, says the funding would support a feasibility study to determine costs and identify barriers such as city zoning by-laws that may need to be addressed.

The concept is still new, but Krysowaty points to initiatives in other Canadian cities, such as Calgary, Edmonton, Ottawa, and Sherbrooke, Quebec. Some of those projects provide low-cost housing to veterans at risk of homelessness, while others simply appeal to the cost-conscious and community-minded.

Krysowaty says some of the benefits of tiny homes include lower costs, requiring less land, and often being mobile. The homes tend to range in price between $40,000 and $80,000, though some models can cost much more.

Thunder Bay city council received a report on the initiative Monday night. The issue originally came up in 2018, with proponents hoping council would support the project with funding, and possibly by contributing land and infrastructure in the future.

The project was put on hold that fall, when the newly-elected Ford government paused applications to the Trillium funding stream being considered, in order to review the program. That stream has now been re-opened, with the LSPC and Habitat for Humanity expected to put in an application by the Feb. 26 deadline.

In a report to council, city administration advised against supporting the project until more details are known – though they noted the city already has programs in place to support non-profits in purchasing or leasing city land, and in launching major capital projects. But several councillors expressed interest in the idea, asking what the city could do to reduce barriers for tiny homes.

Director of city planning Leslie McEachern said the city’s new official plan supports the introduction of second units on lots, while staff in the planning department are looking at changes to zoning rules that would facilitate smaller developments.

“We’re certainly looking at accommodating tiny homes,” she told council, as well as “second units on lots, and secondary units in both the main dwelling and accessory buildings like garages.”

French-language school board parents support return to class (2 Photos)
Jul 13, 2020 5:33 PM
Comments
We welcome your feedback and encourage you to share your thoughts. We ask that you be respectful of others and their points of view, refrain from personal attacks and stay on topic. To learn about our commenting policies and how we moderate, please read our Community Guidelines.
The latest on COVID-19 Local and global updates →
IT'S PATIO SEASON!
Patios That Are Now Open