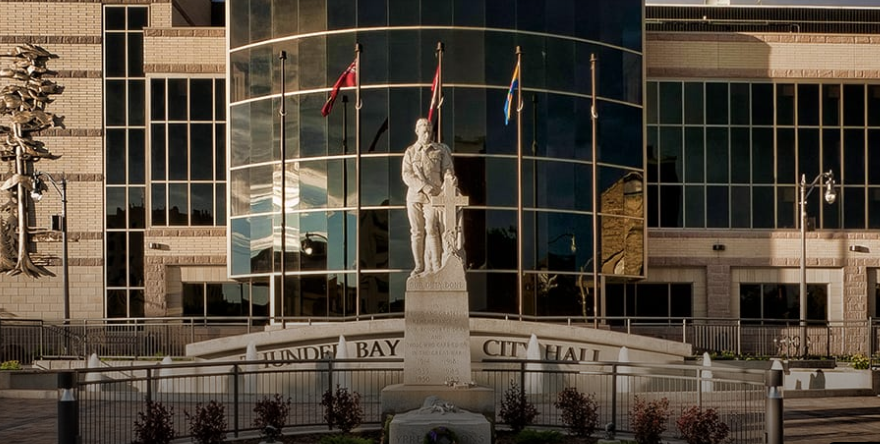 THUNDER BAY – Thunder Bay’s city council pushed back on numerous provincial actions with a flurry of resolutions at its meeting Monday evening.

A trio of resolutions passed unanimously Monday opposed provincial plans to sever the Northern Ontario School of Medicine (NOSM) from Lakehead University, asked the province to reconsider a recent order closing outdoor recreation amenities, and objected to plans to reduce vaccine supply to the area.

Mayor Bill Mauro, who proposed the motion, said the lack of consultation over the plan with Lakehead president Moira McPherson was unusual and worrying.

Mauro and Coun. Brian McKinnon, who sits on Lakehead’s board of governors, amplified McPherson’s concerns that NOSM could potentially depart Thunder Bay, or even Northwestern Ontario.

The Dean of NOSM, Dr. Sarita Verma, forcefully pushed back on that claim on Tuesday.

Mayor Bill Mauro led the charge on a motion opposing provincial plans to divert vaccine supply from the Thunder Bay District and other areas less hard hit by COVID-19 to hot spots in other parts of the province.

Mauro argued it was inconsistent for the province to include Thunder Bay in its stay-at-home order while reducing its vaccine supply.

Council approved a provincially-funded expansion to a Superior North EMS community paramedicine program providing long-term care in home to seniors across the district.

Funding of $6.5 million over three years will allow the agency to hire more paramedics and new non-emergency vehicles to serve more clients.

Mayor Bill Mauro said the move seemed to go against the scientific consensus on outdoor spread.

Zanette proposes to build six multi-unit buildings, either four-unit apartments or townhouses, on the lots. The exemption was passed with requirements for the developer to enter into an amended site plan agreement with the city, and meet requirements from the city, Tbaytel, and Synergy North.

The full report on the exemption can be read online.

The committee will provide input on the upcoming demolition of Victoriaville mall and site redevelopment, a strategic renewal plan for the downtown. It is also empowered to pursue external funding opportunities and make recommendations to city council on development of the area.

The committee will consist of two city councillors, and five other members appointed by council. The terms of reference set out a goal to balance representation among the business, social, and cultural sectors, and include representation from the Fort William Business District BIA, Thunder Bay Chamber of Commerce, Lakehead Social Planning Council, and Urban Aboriginal Strategy.

The committee will have initial funding of just over $70,000 but is likely to require additional resources, a report from city administration said.

The city will restrict parking on Coppin Road, off Mountain Road in the Neebing area, to one side of the street following a petition from area residents.

Coun. Cody Fraser said residents had sometimes been unable to pass through the street during the winter, thanks to cars parked on both sides of the relatively narrow roadway.

The city’s engineering and operations department agreed, recommending a future amendment to the traffic bylaw to restrict parking.