The report calls for the greenhouses to be replaced and the renewal of the Conservatory.
Oct 1, 2020 5:30 PM By: Doug Diaczuk 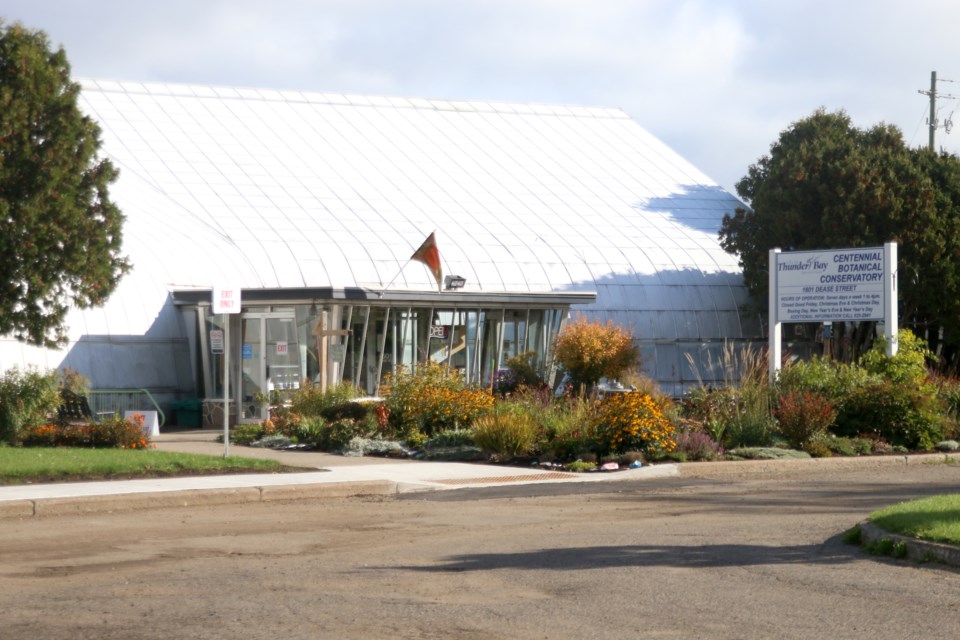 A report by city administration is recommending the greenhouses be replaced and renewal of the Conservatory. (Photo by Doug Diaczuk - Tbnewswatch.com).

THUNDER BAY - Despite a program and services review recommending the Conservatory should be shut down, there may be some life left in the facility and room to grow.

On Monday, Thunder Bay city council will receive a report from administration recommending the city proceed with replacing the greenhouses and renewing the Conservatory.

“From our perspective operationally, we see it both as a Conservatory attraction or display, but it’s also a horticulture services centre as it includes the production greenhouses as well. The two units work together,” said Cory Halvorsen, manager of parks and open spaces with the city of Thunder Bay.

The report was originally tabled last March but was deferred until Monday night’s council meeting due to the program and services review prepared by Grant Thornton and presented to council in June.

The program and service review recommends closing the Conservatory for an estimated savings of approximately $230,000 and one time saving from investment into the structure of $2.1 to $3 million.

According to the report, the greenhouses and Conservatory have value to the city and are in need of investment.

“It enables us to produce all the plants and flowers that we need throughout the parks as well as the low impact development storm water management sites,” Halvorsen said.

“So by having this facility to produce the plants and the flowers that we need for that work, we do see the value in continuing forward with the replacement of the greenhouses and renewal of the Conservatory.”

The estimated cost of replacing the greenhouses is between $1.6 and $1.8 million and renewal of the Conservatory is estimated to cost between $2.8 and $3.2 million.

“The Conservatory itself, the structure, does have some historical architectural significance,” Halvorsen said. “Our plan is to try and maintain that as much as possible, but we will look at what options we have available to us. That portion of the project requires us to, once we get approval from council, we will have to spend more time on that and look at renewal options in more detail.”

The new life expectancy of the renewal would be approximately 25 years before any additional work would be needed.

Halvorsen said the Conservatory and greenhouses have required investments for quite some time and there is a sense of urgency for a decision on the facility’s future.

Over the past several years, community members and organizations have spoken out in favour of keeping the Conservatory.

Most recently, during discussions on the program and services review, the majority of deputations presented to city council spoke to the importance of the Conservatory to the community.

Halvorsen said the community involvement has helped in preparing the report for the Conservatory’s renewal and will continue to be important to its future.

“It’s going to be integral going forward,” he said. “We are not stating we have all of the staffing levels that would be required to program and make the most out of this site, and that’s where the partnerships in the community will come in, whether it’s Friends of the Conservatory or education institutes.”

Council will be presented with four recommendations during Monday night’s meeting to direct city administration to proceed with the replacement of the greenhouses and prepare a follow up report on the renewal of the Conservatory.