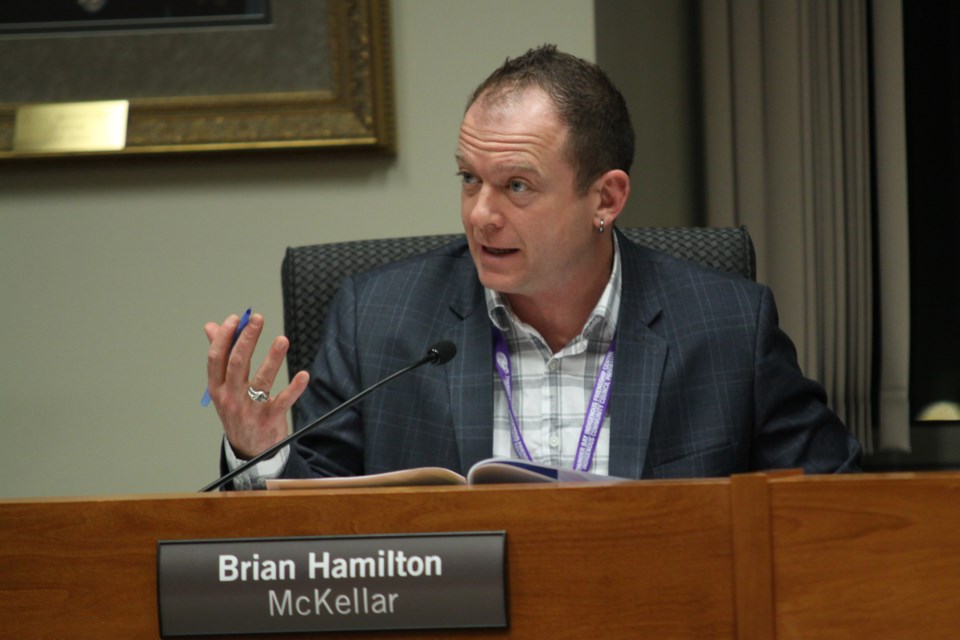 In the first of four budget review sessions that will run into February, councillors debated just how far the city should go to trim tax hikes and protect its financial reserves, as it faces down millions in COVID-19 costs.

After changes approved Tuesday, the increase to the tax levy stood at 1.93 per cent before growth, falling from the 2.15 per cent proposed by city administration.

The impact of the levy increase on individual tax payers varies, depending on MPAC assessments and the education tax rate.

Much of the levy reduction came from similar updates to estimates in the proposed budget, which is assembled by city staff well before the new year.

Councillors also voted down $30,000 for duct cleaning at the Victoriaville Centre, touching off the first of several debates over how deeply to cut in the 2021 budget.

“I don’t know why we have to put any money into Victoriaville when we’re going to be tearing it down,” said Coun. Rebecca Johnson. “I’m sure it can manage for another year or so.”

The money-losing facility is slated for demolition in 2022.

Victoriaville manager Brian Phillips said the cut “potentially could pose a risk” to health and safety, raising concerns from some councillors.

“We're in the middle of a pandemic where a virus potentially moves through air,” said Coun. Andrew Foulds.

“Honestly, it just seems suspicious,” said Coun. Shelby Ch’ng, pointing out the centre had requested an identical amount in 2020 for the same work (some had been completed, but the job cost more than expected, Phillips said).

Councillors approved two measures from a menu of 40 potential one-time savings put forward by administration to reduce the strain of the pandemic on financial reserves.

The proposed budget tackled a projected $8.7 million COVID impact without increasing taxes, using $4.2 million in provincial and federal COVID relief funds left over from 2020, and covering the remaining $4.5 million from the city’s stabilization reserve fund.

Councillors reduced the hit to that fund by $125,000 Tuesday, while several expressed the desire to go much further.

The city will build one fewer pedestrian crossovers this year, saving $75,000, while it eliminated $50,000 for future upgrades to the Thunder Bay Expressway.

However, those savings were overtaken by two other changes that brought the total amount to be covered by the stabilization reserve up to $4.7 million Tuesday. Those changes included keeping $250,000 in the capital budget for a possible environmental assessment for a second access on Parkdale Boulevard, previously recommended to be released; and an additional $83,800 approved in Community, Youth & Cultural Fund, compared to the proposed budget.

Ch'ng objected to the cancellation of the pedestrian crossover, saying active transportation was too important to “nickel and dime.”

“Why are we putting forward cuts for things that would benefit people in the long run?” she asked. “I’m not in favour of any cuts to active transportation – if anything, we need to spend a lot more to achieve the goals we’ve set for the city.”

Foulds echoed those sentiments, saying crossovers help avoid costly traffic lights, and are part of a much-needed move away from car-centric planning.

“We’ve built a city largely around cars,” he said. “We're, I think quite rightly, redesigning our city so multiple modes of transportation are safe and viable.”

Coun. Brian Hamilton agreed, but said tough choices were called for to protect reserves so they'd be available for unforeseen costs in the future, whether from COVID or climate change.

“I want to do more pedestrian crossovers,” he said. “But [with] COVID-19, it’s either some small pain today versus draining our reserve funds – and that, to me, isn’t palatable.”

“COVID-19 is a big deal this year, last year, next year – we don’t even know what our contingent liabilities are around the corner. To me, it’s a non-starter to simply drain the accounts to continue the status quo.”

That line of argument carried the day, with council voting 9-3 to cancel the crossover. Several other pedestrian crossovers supported largely by federal dollars will proceed.

The city will save another $50,000 by eliminating a property acquisition budget for the Northwest Arterial, a long-term provincial plan to revamp the Thunder Bay Expressway as a divided highway with interchanges.

The province isn’t likely to implement the plan anytime soon, councillors reasoned, while there were no plans to purchase any property in the near future, staff reported.

Another $150,000 budgeted to update environmental assessments for the Northwest Arterial could also be cancelled, Mayor Bill Mauro suggested. However, that decision was postponed until after a meeting with Ontario’s Ministry of Transportation next week.

Some councillors worried cancelling the spending could lessen pressure on the province to move forward.

“I want to send a signal to the province that this is critical,” said Coun. Mark Bentz. “That expressway is dangerous... It needs to have separations and interchanges.”

Council turned down two proposals from Foulds for improvements at Boulevard Lake.

The Current River ward councillor sought to add $100,000 for new docks at the Thunder Bay Canoe & Kayak Club, and an identical amount for an environmental assessment on potential dredging of the lake channel.

Those were potentially good ideas with bad timing, said Johnson.

“This isn't the year to be doing this,” she said. “We’re looking at a list of 40 potential cuts… I can’t support anything further going into this budget.”

Both motions were handily defeated.

Residents can view budget documents and the schedule for future meetings at the city’s website.