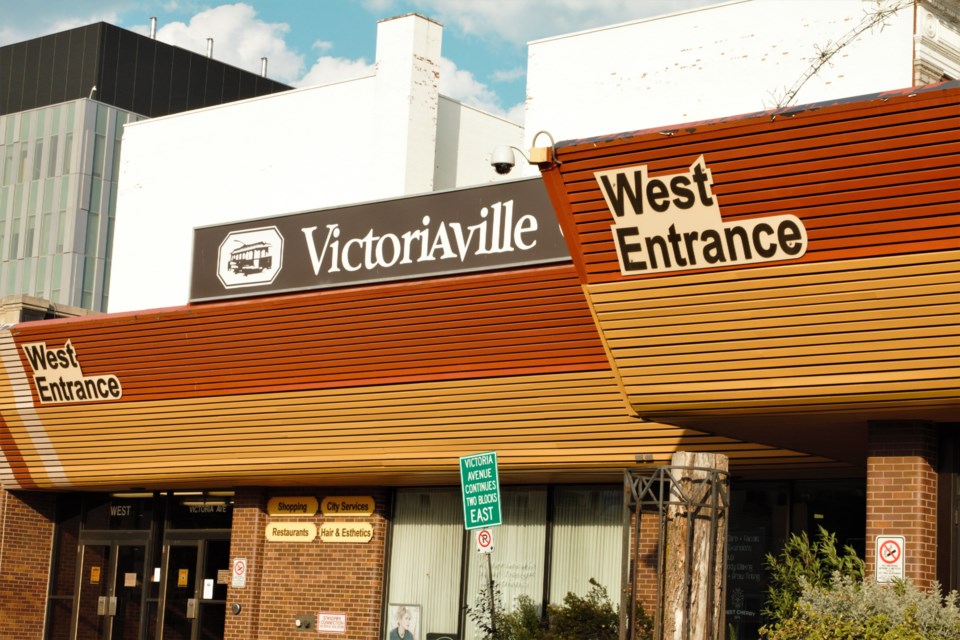 That means demolition and redevelopment, with an estimated $10.75 million price tag, would pay for itself after about ten years.

Coun. Andrew Foulds said while the decision to demolish Victoriaville was the right one from a planning perspective, it could negatively impact vulnerable people in the downtown if it isn't accompanied by other actions from the city.

The demolition plan scored lower than other options on issues of equity and liveability, when evaluated by consultant Urban Systems.

Foulds hoped the city's work to renew the area, including a potential south core renewal committee, would include the voices of social service agencies in the area.

Coun. Peng You said Monday's decision is one council should have made much earlier, saying the city had to be more decisive on addressing its infrastructure problems by either properly maintaining facilities or getting rid of them.

"Either we fix it or we demolish it," he said.

There's no doubt the centre's problems are longstanding.

“Victoriaville Centre has struggled since it opened and has consistently run an operating deficit," noted the final report from Urban Systems. "The Centre has multiple vacancies and many retail spaces have been converted to quasi-public uses, such as government office uses or health and social service uses.”

The full demolition option was recommended unanimously by Urban Systems' project team over three others considered for the facility’s future.

Those included a partial demolition that would leave a renovated section of the mall along Syndicate Avenue, repurposing the centre for non-commercial community uses, or attempting to revitalize it as a retail space.

All were found to be significantly more expensive than full demolition, which scored highest on 8 of 10 evaluation criteria.

A survey completed by over 1,200 residents showed strong support for the move: 88 per cent of respondents felt Victoriaville failed to provide good value for money, while 81 per cent agreed the cost to demolish it and reopen Victoria Avenue was justified, based on a ten-year payback period.

It will also add a new public plaza on the Syndicate Avenue right-of-way south of Victoria Avenue, and revamp the existing public square north of Victoria.

The city hopes that will attract more residents to the area for events like concerts and “unique retail experiences” that could include a vendors' market.

Demolition isn't expected to begin until 2022. The process will consist of an “almost piece by piece” deconstruction, city staff have said.

Redevelopment of the site is expected to take place between 2022 and 2024. The matter will come back before council as plans are honed and tenders developed for the project.

That process will also include public consultation, according to the Urban Systems report.

A separate motion passed Monday could see the redevelopment process guided in part by a new south core renewal committee.