City staff recommend delaying review of size, composition of city council until after 2022 election due to pandemic
Nov 22, 2020 8:56 AM By: Ian Kaufman 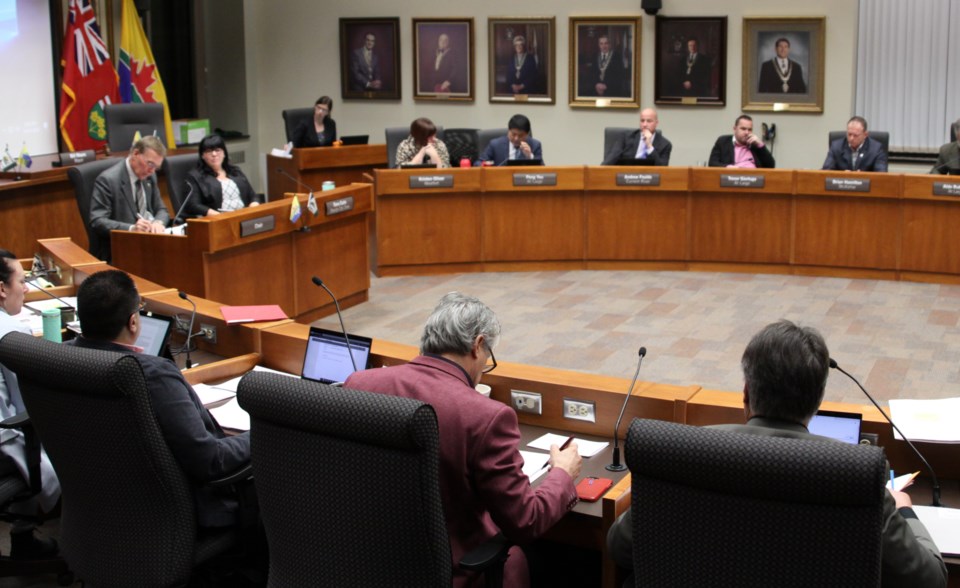 A review of Thunder Bay's city council could recommend changes to the body's size and how it's elected. (Ian Kaufman, tbnewswatch.com/FILE)

THUNDER BAY – Any changes to how Thunder Bay residents elect their city council should wait until after the next municipal election in 2022, according to advice from city staff.

City councillors voted in September to consider opening a review into the size and composition of city council, directing city clerk Krista Power to report back on the possibility of a public consultation process that could see changes implemented in time for the 2022 election.

The process would consider the number of city councillors and how they’re elected, opening possibilities such as re-drawing ward boundaries or moving entirely to a ward or at large system.

Thunder Bay is currently the only city in Ontario with a mixed ward and at large model, with citizens voting for one councillor in their geographic ward, and up to five city-wide representatives.

In a report issued this week, Power recommended the review be delayed until 2023, meaning changes could not be implemented until the 2026 election.

The clerk told councillors completing the review before then could severely curtail opportunities for public input, and strain her office’s capacity as it responds to the demands of the COVID-19 pandemic.

Hiring a consultant to do the work, meanwhile, would cost an estimated $80,000.

Coun. Kristen Oliver, who proposed the review, said while she was disappointed, she accepted the clerk’s conclusion.

“We have to be able to be flexible and pivot with staff and resources,” she said. “I know our city clerk’s department, which essentially would be responsible to carry this forward, is really impacted [by] COVID-19.”

The consultant option comes with an estimated price tag of $80,000, while doing the work in-house brought costs down to $15,000.

Oliver embraced the recommendation the city reduce costs by conducting the work itself.

“We have very capable staff who, if time was available to them, could definitely conduct this on their own,” she said.

The clerk’s office, already facing a heightened workload as it moves procedures like committee and ward meetings online, would struggle to complete the review in 2021 while keeping up with its other duties, Power reported.

Attempting to complete the work in time for the 2022 election could also minimize the public’s ability to weigh in.

“Timelines are extremely restricted and would be complicated by the unknown state of the pandemic in 2021,” Power wrote. “This may result in limiting resident involvement and interaction for some sectors of the population; especially populations that are marginalized and do not have connectivity to virtual platforms or reliable internet access.”

Any changes to the 2022 municipal election would require city council to pass a bylaw before Jan. 1, 2022.

Instead, Power recommends conducting the work in 2023 and 2024, when it’s anticipated more in-person public consultation will be possible.

Oliver originally suggested the review should consider lowering council’s size from 13 to 9 councillors. However, her colleagues opted to keep the process open-ended.

“It’s my wish that this isn’t an exercise to reduce council,” said Coun. Brian Hamilton at a Sept. 21 meeting. “I think it should be to get the best representation for the people. If it comes back that [a reduction] is the best, then I’m okay with that.”

City council's composition has been changed three times since the city's amalgamation in 1970, most recently in 1985, when it added at large seats to arrive at its current hybrid system.

The city’s seven wards range widely in population, from around 7,000 in Neebing to over 14,000 in Red River.

One change that now won’t be on the table during the review is the possibility of electing councillors by ranked ballot.

Despite objections from Thunder Bay and other cities, the provincial government recently passed legislation eliminating municipalities’ powers to choose ranked ballots as an alternative to the first-past-the-post system.

While it’s uncertain whether Thunder Bay’s council review would have seriously considered ranked ballots, Oliver said that choice should be left with cities, not made by the province.

“I think it’s really unfortunate the provincial government has stepped in and removed opportunities for municipalities to really hone in on how they best see their municipal election conducted,” she said.