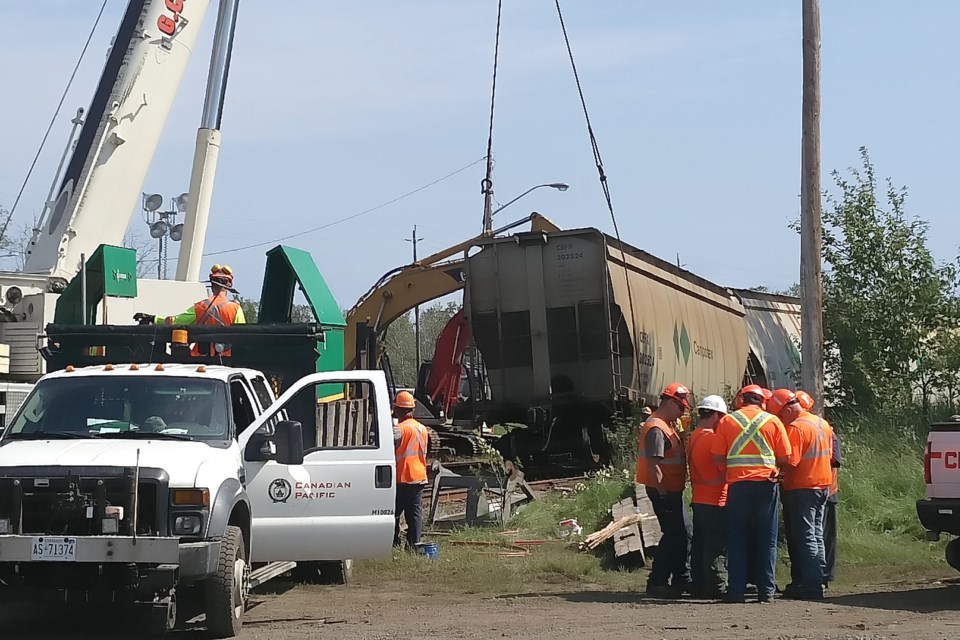 THUNDER BAY -- Work crews were busy Monday at the site of a Canadian Pacific train derailment in Thunder Bay.

A dozen cars left a customer-owned rail line on McKellar Island at about 7:30 Sunday evening.

A CPR spokesperson told Tbnewswatch in an email that there were "no injuries, no dangerous goods and no threat to public safety."

All twelve cars, which were carrying potash, remained upright despite being derailed.

The railway said the cause of the accident remains under investigation.

He said company staff are working with CPR to get the track reopened no later than midnight.