Politicians are concerned about both the environmental and economic impact of plastic waste.
Jun 10, 2019 1:24 PM By: Gary Rinne 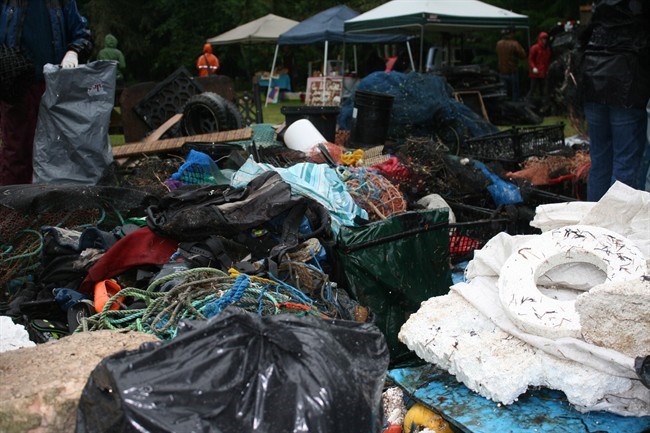 THUNDER BAY — Monday's announcement that the federal government plans to ban single-use plastic products by 2021 is welcome news to northwestern Ontario communities struggling to deal with increasing plastic going to the local dump.

Details are still to be worked out, and the government says it will conduct research to ensure it comes up with the right plan.

The ban could include plastic bags, straws, cutlery, plates and stir sticks.

At her instigation, plastic was a key topic at a board meeting of the Thunder Bay District Municipal League held on the weekend.

Representatives of the TBDML's 18 municipalities all reported they are facing the same challenge of increasing plastic leading to shorter life-expectancies for their local landfills.

The group's president, Marathon Mayor Rick Dumas, said it's a much larger issue than just the cost of expanding or replacing a landfill.

"It's also the environmental impact they're having on our region and on our communities," Dumas said in an interview Monday.

"Not only aesthetically, when plastic bags blow around and get caught up in trees, the impact they're having on wildlife and the waterways. They're just not a friendly product."

The meeting heard that residents are frequently complaining about the appearance of the landscape and roadways around dumps.

Many communities don't have businesses within their boundaries, so their local councils can't make rules about the handover of plastic bags by retailers.

Dumas said Marathon, about 10 years ago, approached vendors to do away with single-use plastic bags and to use paper bags instead "but the public didn't really uptake on it so we kind of backed away from it."

He suggested that, with a federal election happening this fall, it's a politically wise move for the government to take the lead on the issue of single-use plastic products.

Dumas would like to see manufacturers take more responsibility for recycling their own products.

"That's the big thing. Why can't manufacturers recycle plastic bottles and milk jugs and such?"

At the same time, Dumas believes there are things that can be done by town councils at the local level to reduce the volume of plastic in their landfills.

"We asked our board members to go back to their respective communities. Talk to their community members, their councils, see what kind of ideas they can come up with...Talk to vendors, get them onside, have them work with you and how we can convince the public to change it up."

The issue will be brought forward to TBDML's annual meeting in October for further discussion.

Wright believes the general public is more receptive now to the need to cut down on plastic waste than it was a decade ago.

"I think it's getting more positive toward recycling and toward not using plastic as well," she said.

Through the media's coverage, and the work of environmental organizations such as EcoSuperior, she suggested that "It's a little more public now, as to what plastic can do to marine life and even land-based wildlife. It's more at the forefront than 10 years ago."