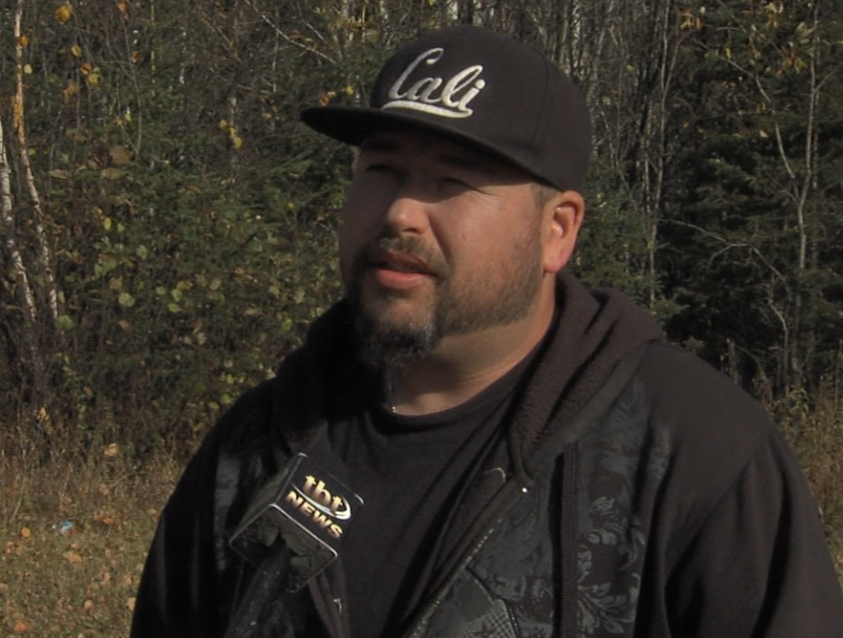 RED ROCK, Ont. -- A man who says he found "freaky" depressions that appeared to be made by the feet of a large creature walking near a bush road near Longlac is one of the people featured in Sasquatch on Lake Superior.

Red Rock filmmaker Dee McCullay says he heard from many individuals who claim to have had an experience with "Bigfoot," but only five were willing to be recorded on camera.

The result was a 30-minute documentary on Youtube that's been seen by nearly 170,000 people so far.

McCullay says it was his fascination with the paranormal that led him to produce a documentary on Sasquatch sightings in northern Ontario.

In researching for the film, he said, he was told a lot of stories, from "seeing tracks and stuff...and finding structures in the woods, things like that," to actual sightings of Bigfoot.

One participant in the documentary recounted seeing a tall, black figure come out of the forest at the edge of Highway 11 north of Nipigon.

Another recounted having logs thrown at him and seeing something that looked like a pile of hay standing by a tree, observing him.

McCullay said up until now, stories about the Sasquatch have come mainly from other parts of North America, such as B.C. and California, so "it's kind of weird to hear these stories up here."

It took him and a friend nearly four months to gather interviews and record video with an aerial drone.

McCullay is considering production of a sequel next spring.