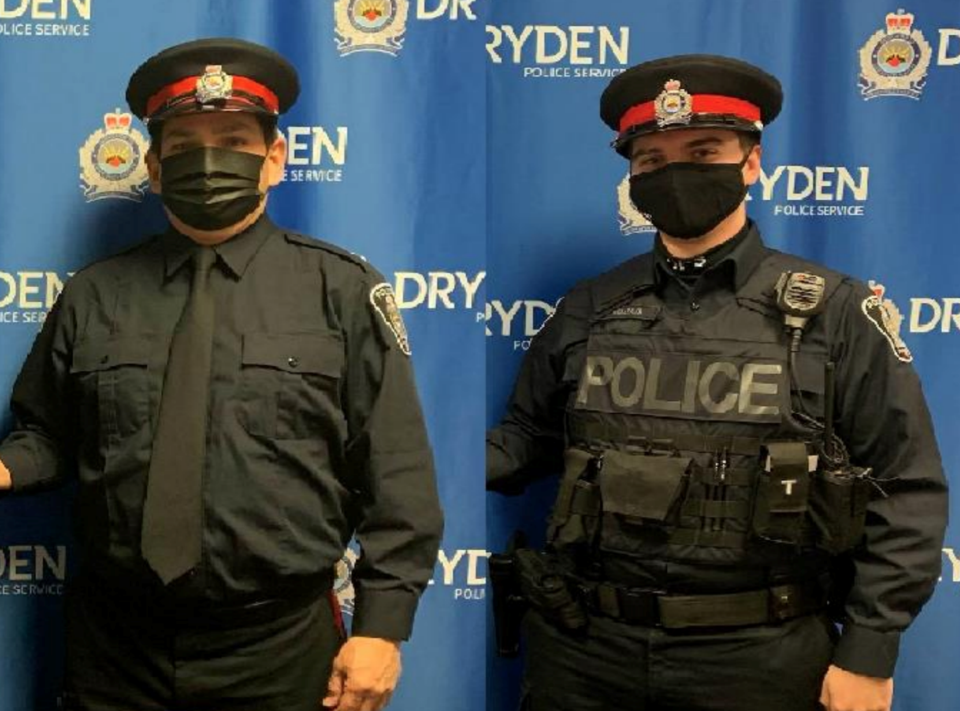 Jacobs is an experienced officer who was policing in southern Ontario for the last four years.

Maltais is a recruit who is originally from Dryden and is a graduate of the Police Foundations Program from Sir Sanford Fleming College in Peterborough, Ont.

He also worked as a special constable for the Dryden Police Service in 2019.