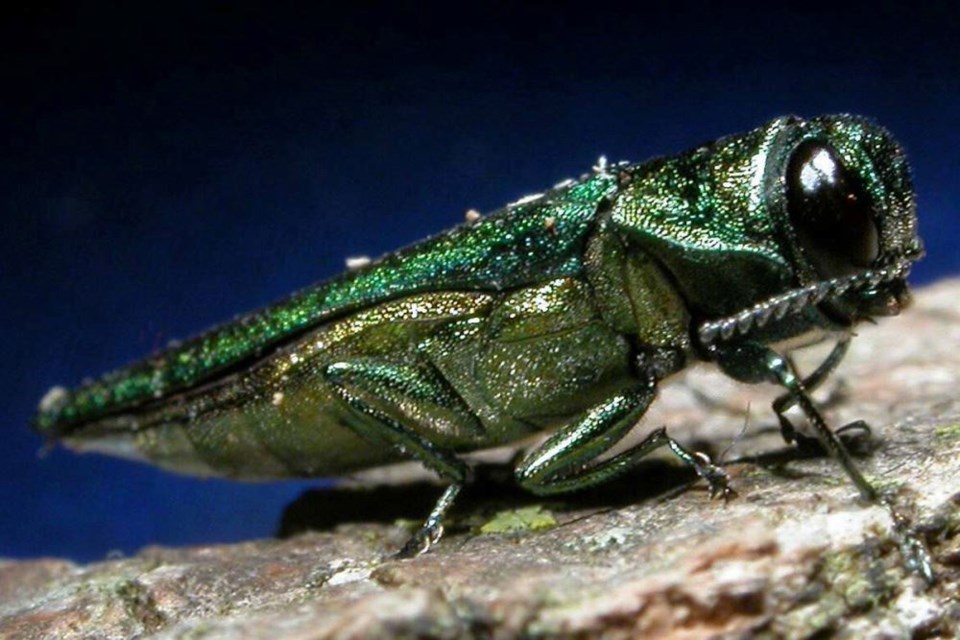 “As part of this work, the City’s Parks and Open Spaces Section has developed a recommended response plan that will be presented to city council on July 18.”

The initial discovery was made last week near 4th and Memorial avenues.

City staff continues to work with the Ministry of Natural Resources to survey the surrounding area and determine whether or not additional city trees have been affected  and make assessments on those that have already been infected.

As a result, additional traps will be installed around the perimeter of the epicentre. The city put out about 60 traps around Thunder Bay in June, and they will continue to be monitored.

“Since ash trees make up approximately 25 per cent of the city’s street trees, we intend to explore as many options as possible to mitigate EAB’s impacts and slow its movement,” Vescio said.