Mayor Harold McQuaker says Emo is a Christian-based town, but holds nothing against the LGBTQ2 community.
May 16, 2020 9:39 AM By: Leith Dunick 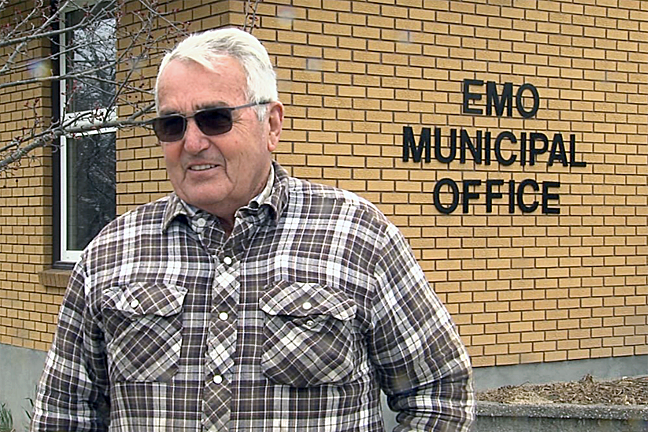 EMO, Ont. - In his argument against supporting a measure to pronounce June as Pride Month and fly the rainbow colours on a flagpole in his community, Emo Mayor Harold McQuaker argued it wasn't fair to celebrate one side of the coin without celebrating the other.

“Sorry, Harold, what's the other side of the coin?” he questioned.

“Well, the other side of the coin (is) there's no flags being flown for the straight people,” McQuaker answered.

McQuaker and Couns. Harrold Boven and Warren Toles went on to cast no votes on Tueday night, enough to defeat the resolution by a 3-2 margin.

Dunn and Coun. Lori Ann Shortreed were the yes votes.

Douglas Judson, a councillor in nearby Fort Frances and co-chair of Borderland Pride, the LGBTQ2A organization in the Rainy River District, was appalled.

"We are extremely disappointed that this council failed to show leadership on diversity and inclusion," Judson said.

"It is 2020. The equality of LGBTQ2 people is the law of the land and the human rights obligations of public officeholders and municipalities are well-established."

Judson said in this day and age, asking municipal councils to pass such legislation is merely a formality in most cases.

In an interview with Thunder Bay Television on Wednesday, McQuaker defended his vote, saying he was in a no-win situation, so he voted his conscience.

“Sometimes decisions don’t suit all of the people. Moving forward I personally, and as mayor of Emo, I have nothing against the LGBTQ lifestyles. I’ve always believed in the majority rules in a democracy. We have three flags. We have our Canadian flag, our provincial flag and our municipal flag,” McQuaker said. “And I’m proud of all three of them.”

He added he likes to think Emo is a good, Christian-based community and that he had to think of his supporters when he cast the deciding vote.

“It’s a tough situation. We most certainly in the community have nothing against anybody who lives here or what their thoughts are. Democracy is made up of all different people and the majority rules.”

The vote result was distressing to Thunder Pride chair Jason Veltri, who spoke out on Twitter.

“Absolutely unacceptable in 2020! Rise up folks and demand better,” he wrote, replying to Borderland Pride's announcment of the decision.

Charles Fisher, whose great grandfather was a founding member of the first council when the Townswhip of Emo was formed, in a Facebook post said the decision was profoundly disappointing.

“I have a hard time believing that when the first council met for the first time, they believed they were building a community which would be stuck in 1899 forever,” he wrote.

It's such a simple request, Fisher added.

“It is especially sad considering the fact that this council has backtracked from Emo's support for the inaugural Borderland Pride Week in 2018. It's 2020. Time to act like it.”

A petition has been started asking the Emo officials to reconsider their decision.