Thunder Bay goaltender makes six stops after entering the game in relief in the fourth overtime of the NCAA Midwest Regional Championship, helping the University of Minnesota-Duluth advance to a fourth straight Frozen Four appearance.
Mar 28, 2021 7:35 AM By: Leith Dunick 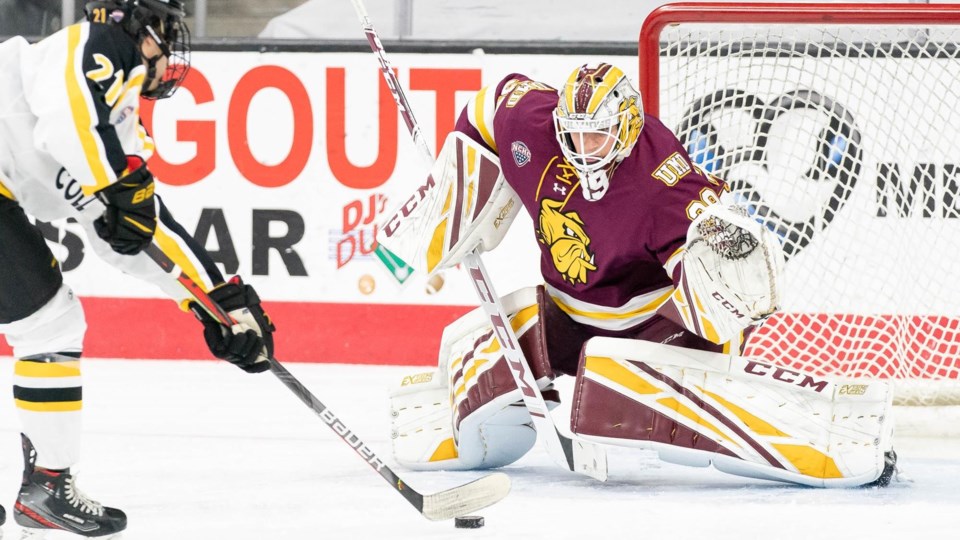 THUNDER BAY -- Ryan Fanti played a historic role in helping the University of Minnesota-Duluth return to the Frozen Four.

The Thunder Bay goaltender played the final 17:36, entering the game in the fourth overtime when starter Zach Stejskal left because of cramps, and stopped all six shots he faced to give his team a chance.

Ryan Mylymok snapped up the opportunity, scoring 2:13 into the fifth overtime period to give the Bulldogs a 3-2 win over the University of North Dakota in the NCAA Midwest Regional Championship, the longest game in NCAA Tournament history. The game lasted 142:13.

It's the fourth straight trip to the Frozen Four for UMD, the two-time defending champions who won it all in 2018 and 2019.

"It was just phenomenal. We didn't let off the gas, North Dakota just made some plays at the end to tie it. We got the fortunate break in the goal and thank God it ended… Couldn't be more proud of this group," said Bulldogs coach Scott Sandelin, quoted on the team's website.

Jackson Coates and Cole Koepke staked UMD to a 2-0 lead with early third period goals, but North Dakota stormed back late in the third, Collin Adams scoring with 1:41 to go in regulation and Jordan Kawaguchi tying it up with 57 seconds to go.

The Bulldogs will take on the University of Massachusetts on April 8 at the Frozen Four in Pittsburgh.