The Thunder Bay District needs to attract 50,000 immigrants by 2041 to replace its aging workforce. Attraction efforts will have to increase 15-fold annually over current immigration figures.
Sep 16, 2016 2:39 PM By: Jon Thompson 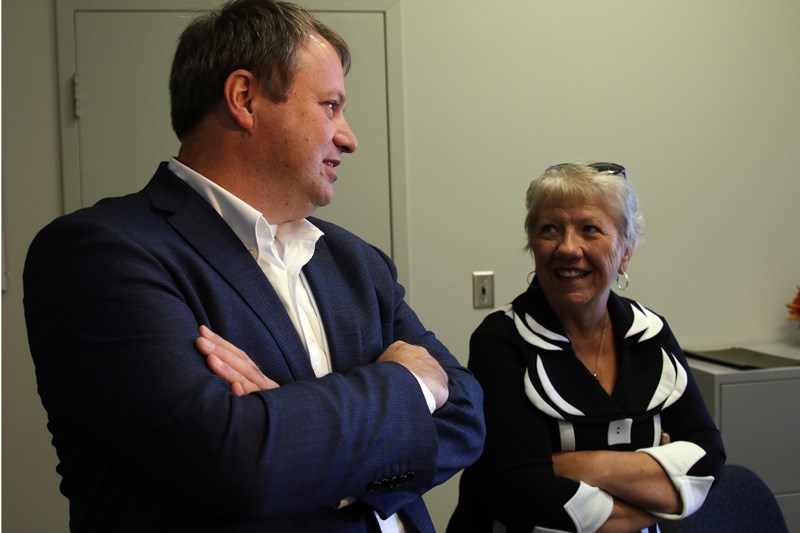 The Thunder Bay District needs to attract 15 times more immigrants annually for the next quarter century to replace its aging workforce.

The district attracted 131 immigrants in the 2014 fiscal year but a new Northern Policy Institute report suggests at least 2,000 people will have to immigrate every year until 2041 to sustain the economy.

“We may very well have the same number of people here but far more of us will need somebody to be taking care of us as opposed to the reverse,” Cirtwill said.

“It’s far better for an economy to have a mix where you can have two working aged people for every one person who needs support. Our challenge in 35 or 40 years is, it’s going to be in direct reverse. We’re going to have essentially one person or less to support two people who are over 65.”

The report echoes a Lakehead Workforce Planning Board report issued last year, which suggested 50,000 immigrants will be needed by 2041, at least 25,000 of which will need to be of working age.

Thunder Bay is attracting seven times fewer immigrants per capita than the provincial average and most of those are moving to the district from elsewhere in Ontario. The private sector is shrinking, which is exacerbating the shift from a production economy to a service economy and out migration among the 20 to 24-year-old population persists.

North Superior Workforce Planning Board executive director Madge Richardson said great care is being taken to ensure existing local skill sets are supported while outreach is conducted to attract the needs of the economy from elsewhere.

“It’s not to bring people in to take jobs from the people that are here,” she said.

We’re doing a great deal of work to better match the people who are here with their skills to the employment and what’s available here. We’re also going to have to have a list of the occupations, the jobs and the opportunities here to attract that diverse level of skills and backgrounds of the individuals.”

A plan to address the coming population shift will begin to take place over a one-day Common Voice Northwest conference on Sept. 23.

Cirtwell believes the district can build on successes such as the relatively high level of education and training among the growing Indigenous population and a higher-than-average percentage of women in the workforce. He believes the district needs to move beyond thinking of itself as the “frozen chosen” and take advantage of its success in attracting immigrants from across Ontario.

“You look around the numbers at how the city is attracting people from other parts of Ontario," he said.

Richardson agreed attracting 50,000 people by 2041 is a daunting challenge but she believes it can be done if all parties work together to promote the standard of living available in all the district’s communities.

“We basically have to get our act together and tell them what opportunities are here.

“We can look at what we’re doing now to market this area. It’s not just the city of Thunder Bay, it’s all the small communities. There are 35 or more in the District of Thunder Bay. All those communities have opportunities. How are we marketing those?”