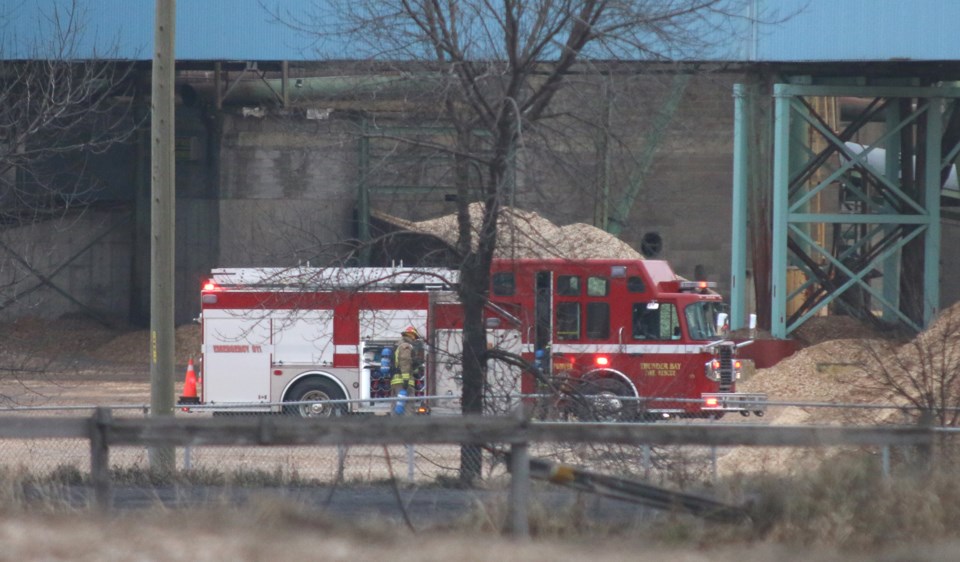 Thunder Bay Fire Rescue crews were on the scene at Resolute Forest Products paper mill for a fire in one of the dumping stations.

THUNDER BAY - For the second time in less than a week, Thunder Bay Fire Rescue crews were called to a Resolute property to help extinguish a small fire.

On Sunday just before noon, crews were called to the Resolute Forest Products paper mill on Neebing Avenue for reports of a possible structural fire.

Arriving crews discovered smoke and called for a second alarm. According to Thunder Bay Fire Rescue, maintenance was being conducted in a dumping station and a small fire was started on a conveyor belt.

Maintenance staff at Resolute were already attempting to suppress the flames with water when fire crews took over and quickly extinguished the fire.

The fire did not cause any significant damage and there were no reports of injuries.

On Nov. 20, fire crews were called to the Resolute Forest Products Sawmill on Darrell Avenue after part of the boiler system caught fire. That fire was quickly extinguished and there were no reports of injuries, but crews remained on scene for several hours to monitor the situation.