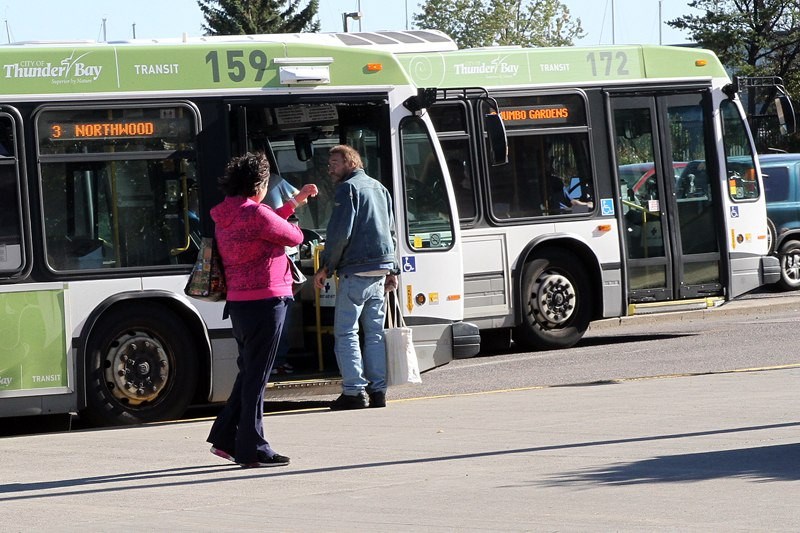 THUNDER BAY – Riders on Thunder Bay Transit will be required to pay their way once again as of July 20, bringing a four-month period of fare relief to an end.

City council voted unanimously to resume fare collection as part of a larger package of measures to contain financial losses from the pandemic Monday night.

City treasurer Linda Evans said while numbers are still being crunched ahead of a formal report in July, the pandemic will likely have cost the city in the neighbourhood of $4.5 million by the end of May.

The city will no longer offer punch passes as it looks to minimize physical contact between riders and drivers. That means 20-ride and day ride passes are, for now, discontinued.

A “phase out/exchange” program will be offered for those who have already purchased them, the city said.

Passengers will once again board through the front doors as of July 20 as well, a change enabled by the introduction of shields to protect drivers from the virus, along with the elimination of the punch passes.

Installing the shields will cost the city around $50,000, drawn from transit’s capital reserve. The devices are a temporary measure, separate from protective barriers the city plans to trial to protect drivers after numerous instances of abuse and physical assault.

Other protective measures will continue on board, such as the blocking of seats to support physical distancing – though city manager Norm Gale emphasized the city could not guarantee safety from the virus.

Revenues from transit fares are expected to drop by 60 per cent as long as those distancing measures continue, costing the city over $250,000 a month.

Manager of Community Services Kelly Robertson said the city “strongly encouraged” riders to wear masks, but had no plans to mandate the practice.

Other Ontario cities including Toronto, Mississauga, Brampton, and Ottawa have moved to make mask-wearing mandatory for transit riders.

Mayor Bill Mauro questioned whether the city had the authority to enforce such a rule, suggesting only independent transit agencies, not municipalities, had that power.