THUNDER BAY – The Friends of the Conservatory are concerned about the long-term implications of a $30,000 budget option reduction to buy flowers rather than growing them in city greenhouses.
Feb 5, 2016 4:39 PM By: TbNewsWatch.com Staff 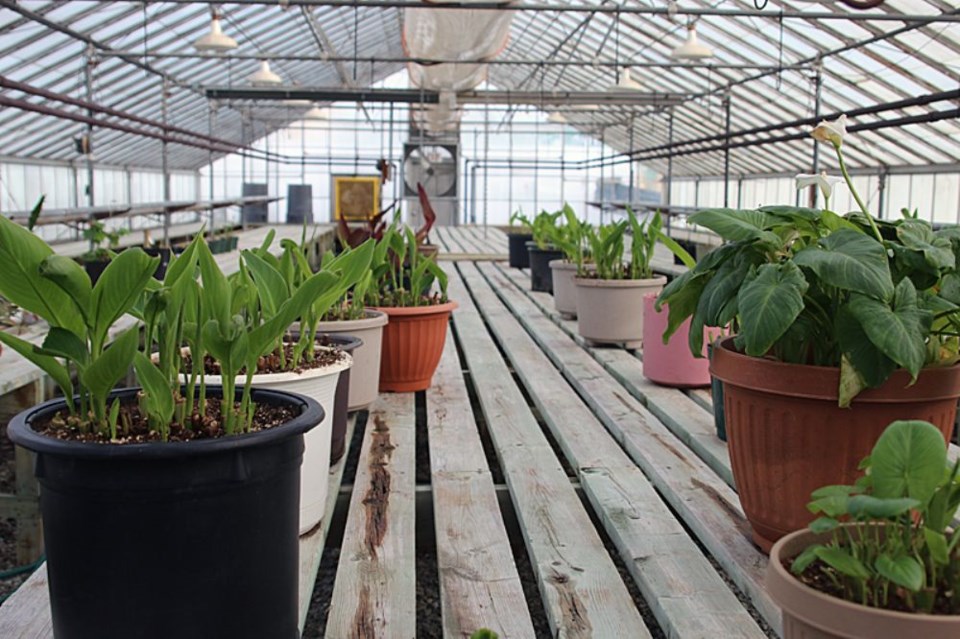 Plants are grown in city greenhouses in preparation of being located at various locations throughout the city during the summer months. An option in the budget decisions package proposes buying flowers rather than growing them. (Matt Vis, tbnewswatch.com)

THUNDER BAY – The Friends of the Conservatory are concerned about the long-term implications of a $30,000 budget option reduction to buy flowers rather than growing them in city greenhouses.

The option was one of 39 included in a budget decision package, released earlier this week, for city council’s consideration when deliberating the proposed 2016 budget during the next month.

Friends of the Conservatory chair Kathleen Ott said she was blindsided to see the option included in the package and is worried it could be a preliminary step in ultimately closing the three greenhouses.

“You need working greenhouses to run your conservatory properly. We enjoy a lush and beautiful conservatory now and that’s through the hard work of the staff and because they have the proper tools to rehabilitate sick plants and propagate new ones where needed. I can see things suffering because of this one change.”

Ott admitted the greenhouses are in need of replacement said there was an engineering report five years ago outlining the need to address the buildings. She has been told there is a possible plan for replacement in 2017 but isn’t optimistic that will actually happen.

The group has been trying to revitalize the conservatory, successfully pushing for extended operating hour and forming partnerships with community organizations. Last December alone, more than 1,900 people visited the Dease Street facility and between August and October there were visitors from more than 80 locations around the world.

“It’s been an overwhelming response by the community,” she said. “We need to make this a destination. This is a tourist draw and it should be treated as such.”

Northwood Coun. Shelby Ch’ng, who represents the ward where the conservatory is located, is not in favour of the reduction.

“I knew it wasn’t going to sit well with my community members, particularly the Friends of the Conservatory. It’s been quite emotional,” Ch’ng said.

“What that $30,000 means, to administration it may just mean we’re going to make things efficient by outsourcing $30,000 we save money. But the spin-off these particular greenhouses have, we’re trying to measure it now but it’s way more than $30,000.”