City council added a Simpson Street crossover to a list of potential 2017 capital projects on Monday but some councilors don't think the city should pick up the full tab.
Sep 12, 2016 10:52 PM By: Jon Thompson 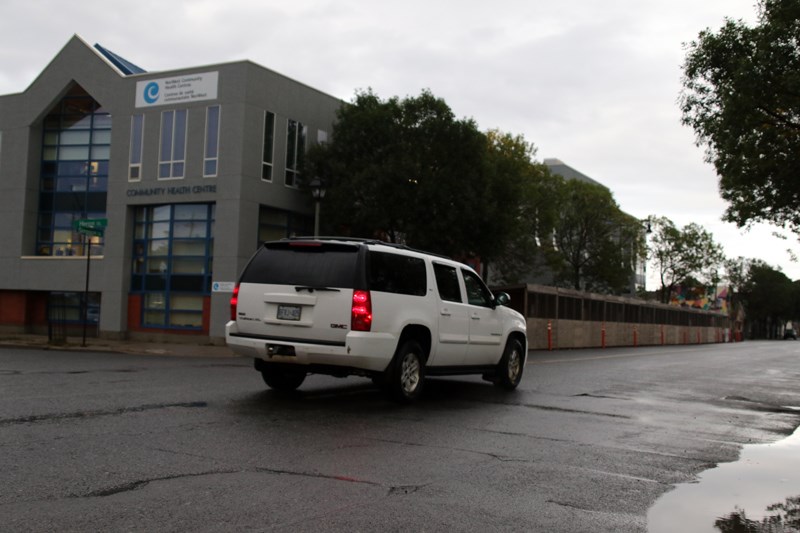 A pedestrian crossover on Simpson Street for clients of the NorWest Community Health Centre could be among municipal capital priorities in 2017.

THUNDER BAY – A pedestrian crossing at the NorWest Community Health Centre will be considered in the city’s 2017 capital budget. How it will be paid for remains to be seen.

Administration presented City Council with crossover options at the Simpson Street clinic ranging from $60,000 to $125,000 at its Monday meeting.

The city suggested splitting the cost equally with the health centre but the centre was unable to commit any funding to a crossover.

“Administration is currently evaluating pedestrian crossover locations across the city and is expected to provide an update on recommended priority locations early in the new year,” wrote Infrastructure & Operations manager Kerri Marshall in a memorandum to council.

“An update on external sources of funding that could be used for the installation of a pedestrian crossing at this location will also be provided.”

“That’s a fully funded provincial facility and there are no funds available for traffic control measures,” Angus said.

“Given the challenges we’ve had in getting the LHIN to provide funding for supportive housing in this community, I can’t ever see them coming up with the dollars to help pay for any kind of traffic controls.”

Coun. Linda Rydholm reluctantly voted to support adding the crossover to next year’s list of potential infrastructure projects. She vocalized her frustration with the province over its unwillingness to pay what she sees as its share of the funding.

“This is a provincially-funded facility that has now necessitated the city spending money to make it safe for patients to cross the road,” Rydholm said.

“In other words, municipal taxpayers will once again be subsidizing a provincial facility and I’m not really in favour of that. Having said that, I’m certainly in favour of keeping our citizens safe.”

Coun. Aldo Ruberto immediately chastised Rydholm’s words, arguing he has no qualms with seeing the province’s commitment to the city.

“We have to put a crosswalk on that street anyway at some point because that Simpson Street is a long street.”