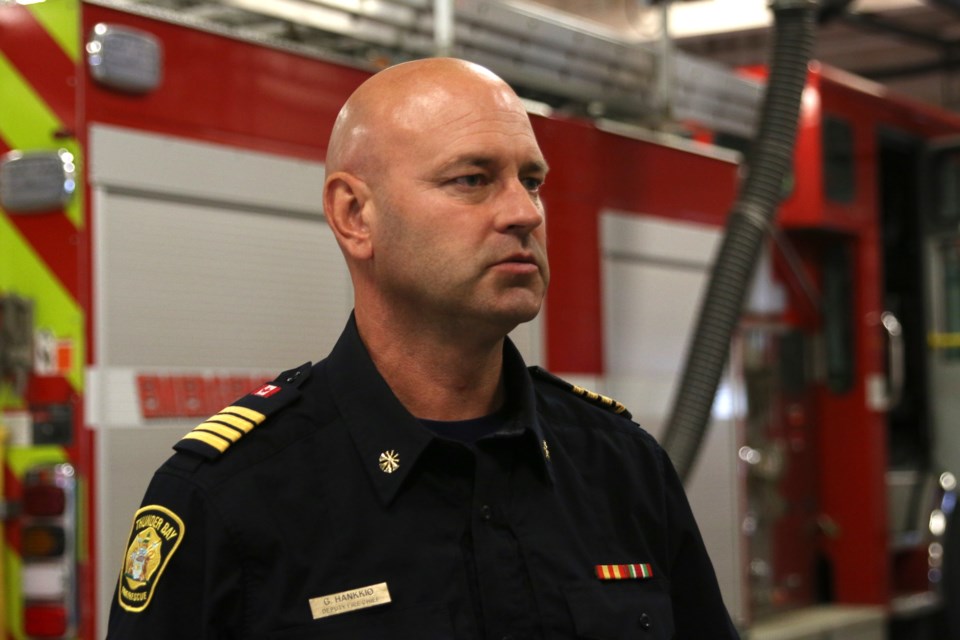 THUNDER BAY — After serving in the position in an acting capacity since October 2019, Greg Hankkio has now been appointed fire chief for the City of Thunder Bay.

City manager Norm Gale made the announcement on Monday morning.

Hankkio began his career with the fire service in 1991, and was appointed deputy fire chief in 2007.

Gale said he brings "exemplary leadership and professional skills" to the job.

Hankkio was chosen following an open competition announced by the city in July.

Neither Hay nor city officials have explained why Hay is no longer employed by the city.

The city will now proceed with filling the vacancy created by Hankkio's promotion from deputy to chief.

Eric Nordlund has been serving as acting deputy.

Dave Paxton is the other deputy chief.