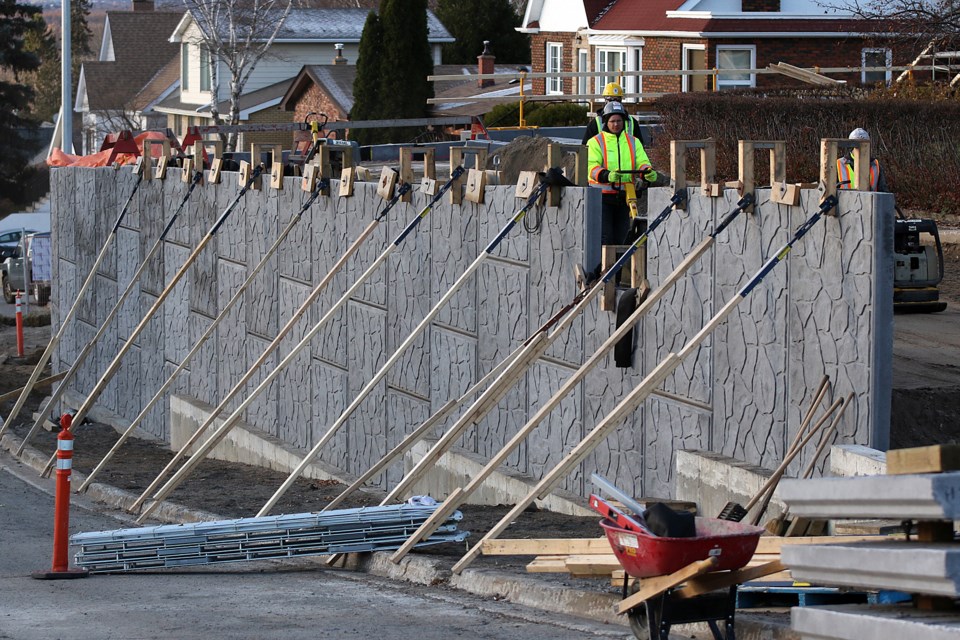 THUNDER BAY – The bulk of the construction on the $2.1-million High Street retaining wall project will be completed later this month.

But there will be some leftover work that will have to carry into 2018.

City of Thunder Bay project engineer Mike Vogrig said unexpected delays during earlier stages of construction meant there was no possibility of completing the work this year.

“Right now they’re just completing the actual retaining wall system,” Vogrig said on Friday. “The wall is going up and they’re back-filling and compacting the material behind it.

“We figure the wall should be erected by the end of next week. Then they’re going to try to do whatever clean-up work they can, weather permitting. Then they’ll probably shut down the site for the winter.”

High Street which has been partially blocked off since construction began, should fully open to vehicular traffic by month’s end, he added.

“We’re likely looking into the second or third week in November when operations will cease and then High Street will be back open again.”

Vogrig said some of the pavement work and curb and gutter additions will likely have to wait until next year for completion. He also said the delays could mean closing Cornwall Street for the winter.

Construction was halted in early August when construction crews struck and detonated an old explosive device, which at the time Vogrig estimated could have been in place for a century or more, dating back to the original construction of the wall.

There was also a short delay awaiting the arrival of the pre-cast panel facing approved by city council in June.

The project was initially expected to be completed by early November.