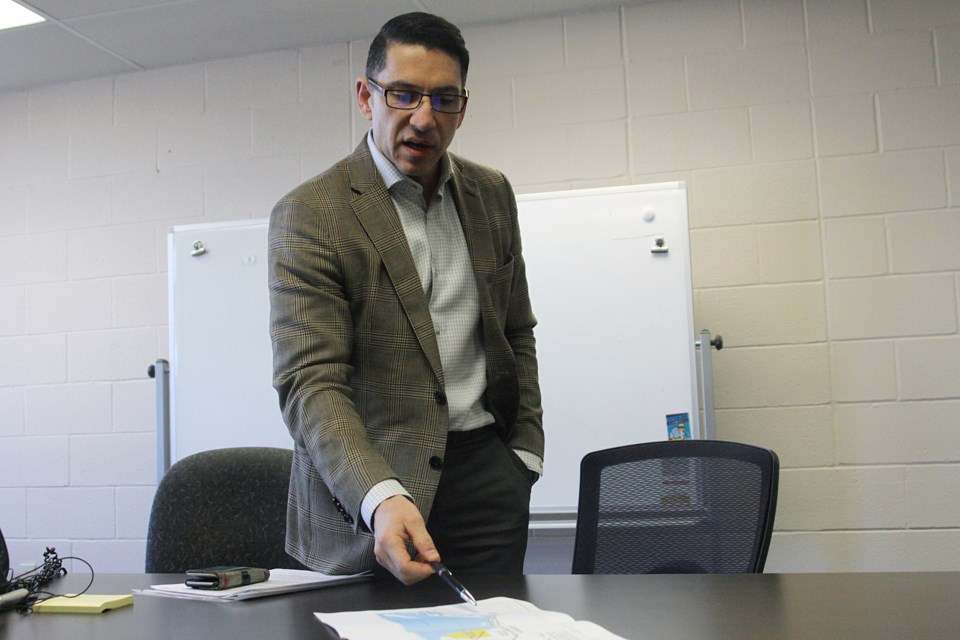 THUNDER BAY – Despite being initially passed over five years ago to build a new transmission line along the north shore of Lake Superior, a Hydro One executive believes nothing that has happened in the process to this point is insurmountable for the utility to take over the project.

Hydro One has re-entered the process to construct the new line, which would connect the Lakehead and Wawa transformer stations, filing an application to build the 400-kilometre, 230-kilovolt project, being referred to as the Lake Superior Link, on or adjacent to the existing line’s path.

In 2013, the Ontario Energy Board selected the NextBridge East-West Tie proposal for development. Last year the province directed the Independent Electricity System Operator to review options after the cost skyrocketed to $777 million, significantly higher than their original $419 million bid.

Ferio Pugliese, Hydro One’s executive vice president of customer care and corporate affairs, said the Lake Superior Link is cheaper and 50 kilometres than NextBridge's competing plan by utilizing their existing corridor through Pukaskwa National Park. Not having the option of developing a new corridor through the protected park, NextBridge’s proposal instead bypasses by going north to White River and extending along Highway 17 to Marathon.

“If we’re saving $100 million in terms of overall costs back to the ratepayer, and then there’s a $3 million annuity each year on operating costs, that additional time would be time well spent for the savings that would be realized.”

Late last year NextBridge announced an agreement with Valard Construction to serve as the contractor for the line, which is targeted to be in service in 2020.

As well, a partnership had been formed with six north shore First Nations communities to have an equity stake. Those communities had formed Supercom Industries, an economic development company to pursue contracting and training opportunities related to the line development.

“We know every community along the line. We’ve worked with them on a number of occasions on other matters of business. There’s nothing in there we view as insurmountable that we can’t go in and engage in the same level of discussion with them on partnerships,” Pugliese said, adding Hydro One would commit to including an equity stake and exploring procurement opportunities for the communities.

Hydro One’s re-emergence in the process drew the ire of Coun. Iain Angus, also the vice president of the Northwestern Ontario Municipal Association, at the Thunder Bay city council meeting on Feb. 26.

“Instead of having two widely separated lines, which would not likely destroyed by a forest fire or particular ice storm, that the lines would be combined into one corridor which makes them extremely susceptible,” Angus said at that meeting on using the existing corridor.

“If Hydro One is really interested in investing in Northwestern Ontario, there are three ready-made projects that they can invest in.”

Angus identified the Dryden to Ear Falls and Red Lake, Sioux Lookout and Nipigon to Greenstone lines owned and operated by Hydro One where there is only a single set of wires, arguing that municipal and First Nations leaders have pushed for more than a decade to upgrade those lines.

Hydro One is scheduled to hold eight public meetings in communities along the line during the week of March 19.