Innovation is alive and well in Thunder Bay. Take Mickey Marshall as an example.
May 5, 2015 2:08 PM By: Leith Dunick 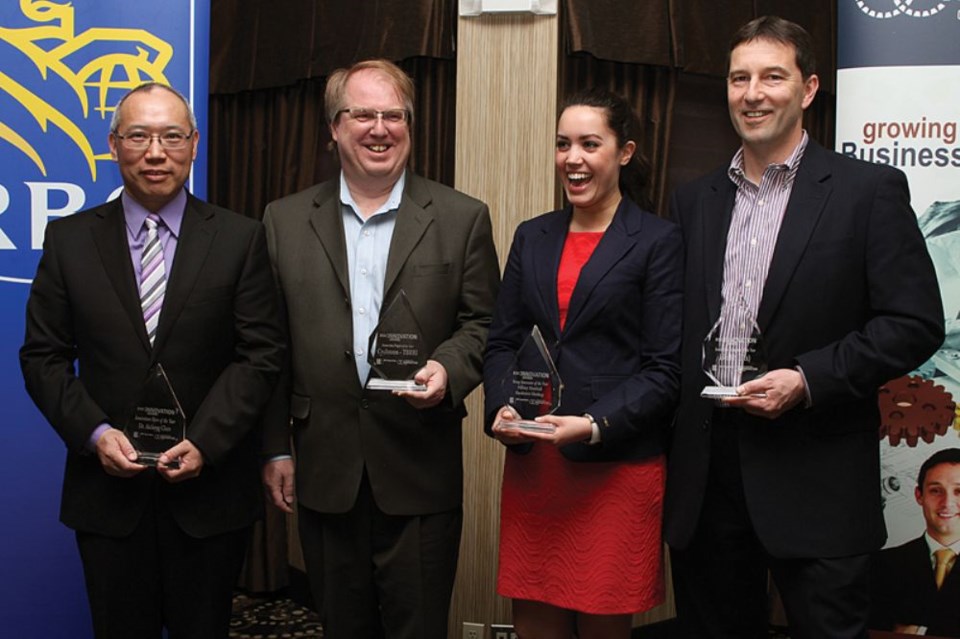 Innovation is alive and well in Thunder Bay.

Take Mickey Marshall as an example.

The founder of Hardcover Hookup, an online platform for students to buy and sell university textbooks, was honoured Tuesday at the RBC Innovation Awards, recognized as the young innovator of the year for her business, which is set to launch later this year.

“This is a huge honour,” she said. “I know the category was really small, it was just me an another person, but it doesn’t take away from the fact that it’s a huge honour and I’m humbled by it.”

Marshall was one of five winners announced at the annual awards luncheon, held at the Victoria Inn.

Judy Sander, manager of the Northwestern Ontario Innovation Centre, said the awards are a way to celebrate entrepreneurship and innovation going on in Thunder Bay.

Too often the efforts fly under the radar, she added.

“We need a special occasion just to celebrate that,” Sander said. “We need to do this for a couple of reasons. One is I think these people need to feel recognized and energized. And it’s also important that the community knows what’s going on.

“I think we have a lot of bad news. I talk to my neighbours. They maybe hear about big businesses that aren’t doing so well and they don’t really know the companies like Health f(ex) that are growing by 16 people and creating jobs.”