"It's not business as usual": City council debates role during pandemic

Council restricts agenda items through end of May, but some councillors worry about falling behind.
Apr 21, 2020 1:43 PM By: Ian Kaufman 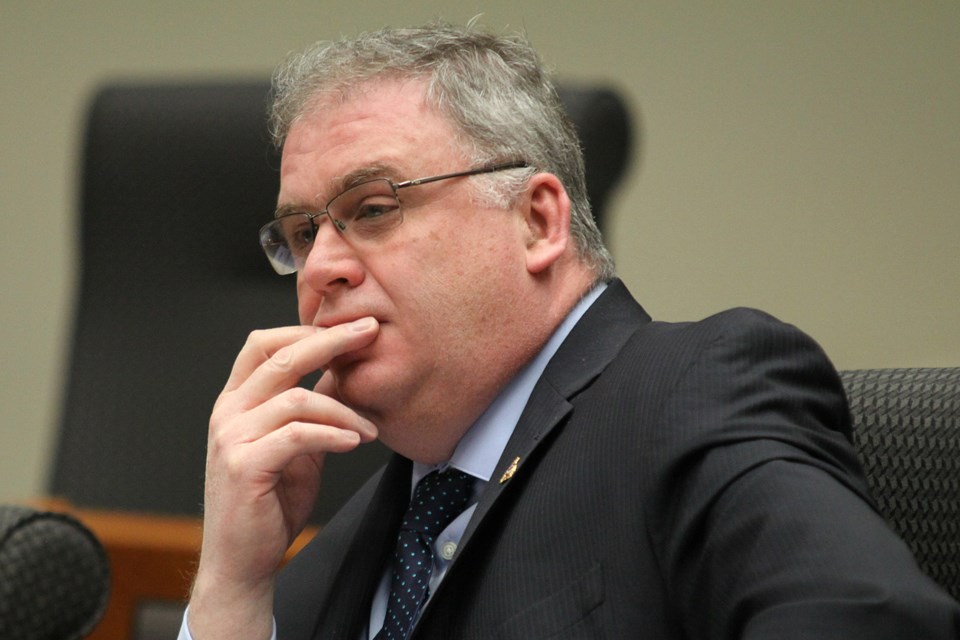 THUNDER BAY – It’s clearly not business as usual at city hall, as the municipal government works to respond to the COVID-19 pandemic. On Monday night, that left city council debating just how much normal business can be accomplished in the coming weeks and months.

Council passed a motion restricting the items it will deal with through the end of May, citing a strained municipal workforce and a limited ability to seek public input. But some councillors expressed concern over limiting city business strictly to crisis management, wanting to see the city move forward on key items like the designated truck route despite the pandemic.

Only items that meet certain criteria will make it to council agendas through the end of May. Those criteria include whether the issue is urgent or time sensitive; required for compliance or legislative reasons; if it’s a matter of public interest requiring consultation that cannot be achieved during the pandemic; and whether there are sufficient staff resources to prepare reports and complete the work.

“We face a monumental world crisis,” he said. “The fact of the matter is that senior leadership is consumed by the COVID-19 response. We have several members whose normal duties have been placed aside so they can focus on the COVID-19 crisis.”

City administration had proposed empowering city clerk Krista Power to deterine which items are appropriate for council and committee agendas, based on the stated criteria. But councillors were not entirely comfortable giving city staff final say on which items would be debated and which would not. A successful amendment from mayor Bill Mauro ensured the clerk would make those decisions in conjunction with meeting chairs, which include a number of councillors. Power suggested the chairs would have been included in any case as part of normal practice.

Major items that were set to be considered before the end of May include the long-debated designated truck route, a proposed new police headquarters, and Fire Rescue’s strategic master plan. Those may now be delayed.

Two councillors, Trevor Giertuga and Cody Fraser, expressed their desire to see a vote on the truck route go ahead.

“I’m very concerned that despite the fact we’re in a crisis… we need to get things done,” said Fraser, calling the truck route by-law “low-hanging fruit” that could be dealt with despite the pandemic.

Giertuga, a long-time champion of the issue, concurred, saying necessary consultations had already been completed, and all that was required was a council vote.

“I don’t want to see us stop doing business completely,” he said. “The world is still moving forward, we still need to make decisions.”

Coun. Shelby Ch’ng agreed, saying council needed to continue planning for the medium- and long-term, or it could create more problems in the future.

“It’s a bit of a dereliction of duty if council cannot put items [forward] to be voted on,” she said. “Understanding that administration’s time is taxed, I think council should be very aware of not putting forward anything too frivolous… [But] I’m worried about limiting things to just crisis planning, and missing some other key items that may come up.”

Gale told councillors administration was working to resume non-COVID-19-related work where possible, as evidenced by items on Monday’s agenda like the approval of bids for city road and sewer work.

Coun. Mark Bentz argued council should allow the machinery of government to focus on addressing the pandemic.

“The last thing I want to happen is people start championing projects they want and distracting administrators – or even council, for that matter – from the issues at hand,” he said. “If we’ve learned anything in this crisis, it’s that we have to focus on the fundamentals. It’s not business as usual, as much as we’d like it to be. We have to accept that, at least for the next month or two.”

Bentz predicted the pandemic could derail council’s plans, and urged his colleagues to accept that.

“There are a lot of items we all wanted to see brought forward this term, and many of those, sadly, will not be – because this is going to impact us for quite some time,” he said. “When we look at the budgets and the focus over the next year, things are not going to be maybe what we had hoped for this term – it’s not to say we can’t accomplish good things, but we probably have to hold back a little bit.”

One possible reason to hold back, the impact of the pandemic on the city’s finances, is not yet clear. Coun. Rebecca Johnson inquired about the issue Monday. Administration was not yet ready to present that information, Gale said, but promised a report in the coming weeks.

Ch'ng, Fraser, and Giertuga were ultimately the only votes of dissent on the motion to limit council's agendas. The decision will be reviewed on May 25.