Loon was originally charged with second-degree murder in the 2017 death of Robert Lloyd Gray.
Jan 9, 2019 7:57 AM By: TbNewsWatch.com Staff 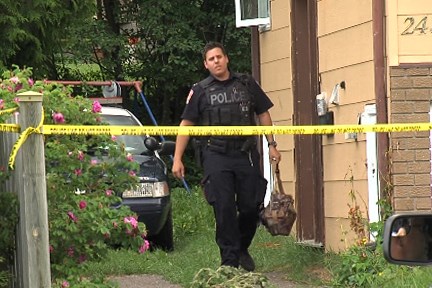 THUNDER BAY - A woman first charged with second-degree murder in relation to a 2017 double homicide has pleaded guilty to two counts of assault.

The incident took place on July 2, 2017 at a Carl Avenue residence. Police were called to the home and the bodies of Gray and Campbell were discovered.

Garnet Loon and Kailee Loon, then 19-years-old, were arrested in Sioux Lookout on July 3 and transported back to Thunder Bay.

Kailee Loon was initially charged with second-degree murder in connection to Gray's death and assault in connection to the death of Campbell, as well as a charge of breaching a probation order.

Garnet Loon was initially charged with two counts of second-degree murder in connection to both Gray and Campbell’s death.

A sentencing hearing for Kailee Loon is scheduled to take place on Feb. 4.