Loon to stand trial on second-degree murder and manslaughter charges 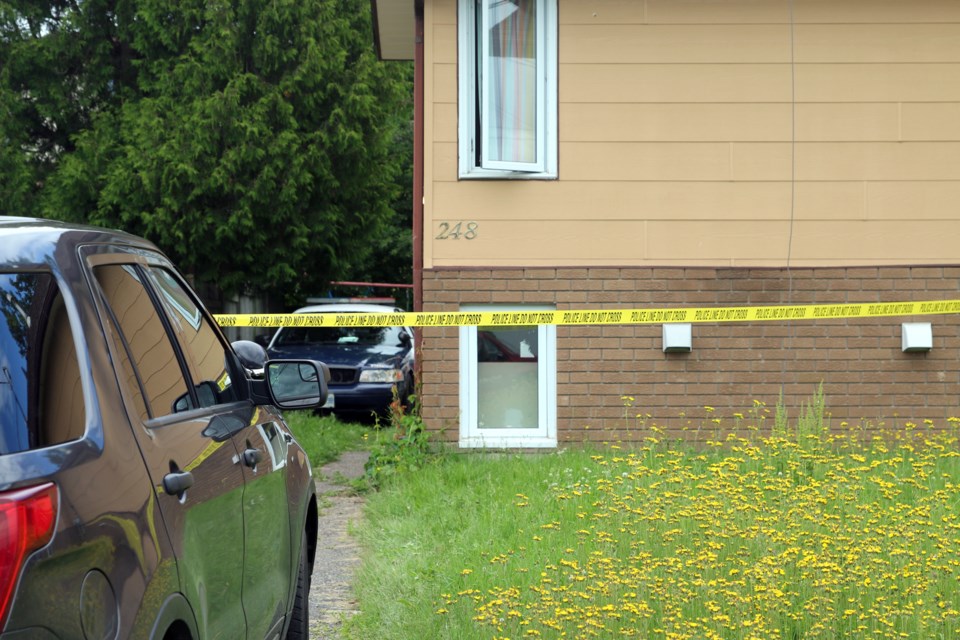 Police were called to a Carl Avenue home on July 1, 2017 where the bodies of Robert Gray and Kory Campbell were found. (File).

THUNDER BAY - One of the two second-degree murder charges laid against Garnet Loon in connection to the deaths of 22-year-old Kory Lee Campbell and 50-year-old Robert Lloyd Gray has been downgraded to manslaughter.

Loon, 41, appeared in a Thunder Bay Courtroom on Wednesday before Justice Dino DiGuiseppe, who presided over the preliminary hearing that opened on Nov. 19.

At the conclusion of the preliminary hearing, Daniel Gunn, who is representing Loon, conceded there was enough evidence to proceed to trial on the second-degree murder charge in connection to the death of Robert Gray.

However, Crown prosecutor, Trevor Jukes, sought a committal on the charge of manslaughter and not second-degree murder in connection to the death of Kory Campbell. The Crown also withdrew charges of attempted murder and forcible confinement.

On Wednesday, DiGuiseppe ruled there was enough evidence to proceed to trial on the charges of second-degree murder and manslaughter against Garnet Loon.

Police were called to a Carl Avenue home on the evening of July 1, 2017 where officers discovered the bodies of Gray and Campbell.

Garnet Loon and Kailee Loon, then 19-years-old, were arrested in Sioux Lookout on July 3 and transported back to Thunder Bay.

The charges against Garnet Loon have changed several times. In November 2017, the Crown was in contact with Thunder Bay Police and advised that a charge of first-degree murder would be laid against Garnet Loon in connection to the death of Campbell.

Before the preliminary opened in November, that charge was amended by the Crown back to second-degree murder.

Kailee Loon, who is facing a second-degree murder charge, will make her next court appearance on Jan. 3.

Garnet Loon has already served time for a 2009 manslaughter after being found guilty for his role in the 2007 beating death of 18-year-old Jordan Achneepineskum.

Loon was sentenced to six years.