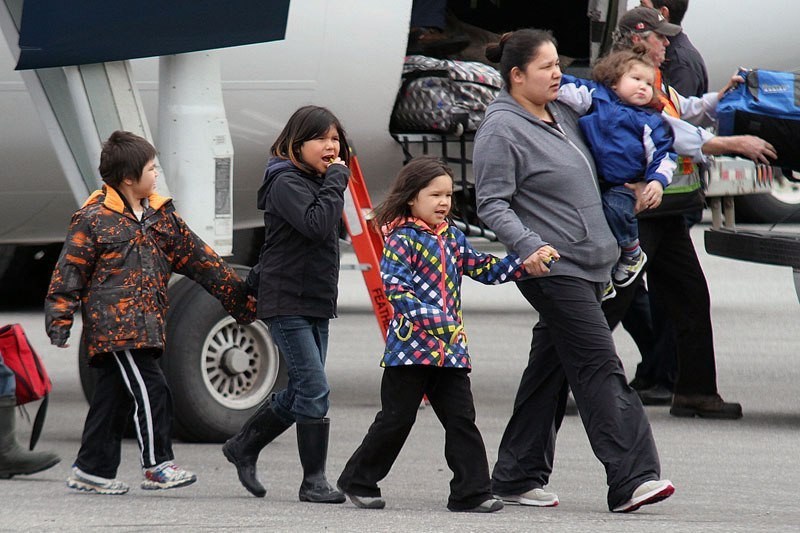 The goal of the framework, whose signatories include the 4,992-member community, both senior levels of government and Nishnawbe Aski Nation, is to put together a plan to help the James Bay community in the short, medium and long-term, looking at improvements in housing, socio-economic sustainability, health programs and facilities, infrastructure development and schools and community facilities.

The deal will also look into the possibility of relocating the community, which is hit by floods nearly every spring, forcing the evacuation of residents to communities throughout Northern Ontario, including Thunder Bay.

"This is a very exciting moment for the Kashechewan First Nation. After many years of struggle, we are partnering with the governments of Canada and Ontario to help my people. We will work together to ensure that we provide the proper tools to become successful role models for future generations,” said Kashechewan Chief Leo Friday in a statement issued jointly by the signatories.

Nishnawbe Aski Nation Grand Chief Alvin Fiddler said the deal is the next step needed to make the community viable and provide protections and hope for its people.

"I am pleased that our federal and provincial Treaty partners have reached this framework agreement with chief and council as a way to address many urgent and long-standing issues in Kashechewan First Nation. This Nation-to-Nation relationship will help build a more sustainable community, and is a positive step towards reconciliation,” Fiddler said.

His sentiments were echoed by Ontario’s Minister of Indigenous Relations and Reconcilliation David Zimmer, on hand for Friday’s signing of the document, known as Together We Work for Hope.

“In the era of reconciliation this agreement highlights how both levels of government and First Nations leadership can come together to address longstanding issues. This is a positive step towards improving the quality of life for the people of Kashechewan,” Zimmer said.

"We look forward to working with the federal government and Kashechewan First Nation to ensure a brighter future for the community."

Zimmer’s federal counterpart, Minister of Indigenous and Northern Affairs Carolyn Bennett, called it a celebration of two nations coming together to build a strong foundation for Kashechewan First Nation.

“This agreement is an important collaboration between the federal and provincial government and the First Nation, which will result in better health, education and economic outcomes and build a better future for all of its members,” Bennett said.

Ontario Regional Chief Isadore Day said it’s beyond time for something to be done, stating constant evacuations means annual disruption to schooling, which means young people are hurt the most. It has led to high rates of depression and suicide attempts.

“This relocation is not to be taken lightly. Drastically shifting climate change has forced this move necessary to ensure the wellbeing of our people despite their deep cultural, spiritual, familial, and social connection to their territory. This will not be easy. Today, I call on all levels of government to support this community during this transitory and difficult time,” Day said in a separate release.

“I support Chief Friday and the community of Kashechewan during this relocation and will help secure any and all commitments necessary to be a leader in addressing the issues of a changing climate.”