THUNDER BAY -- Lakehead University thinks it can revolutionize the way people Northwestern Ontario can get a degree. And the school says it's already started.
May 22, 2015 3:04 PM By: Jamie Smith 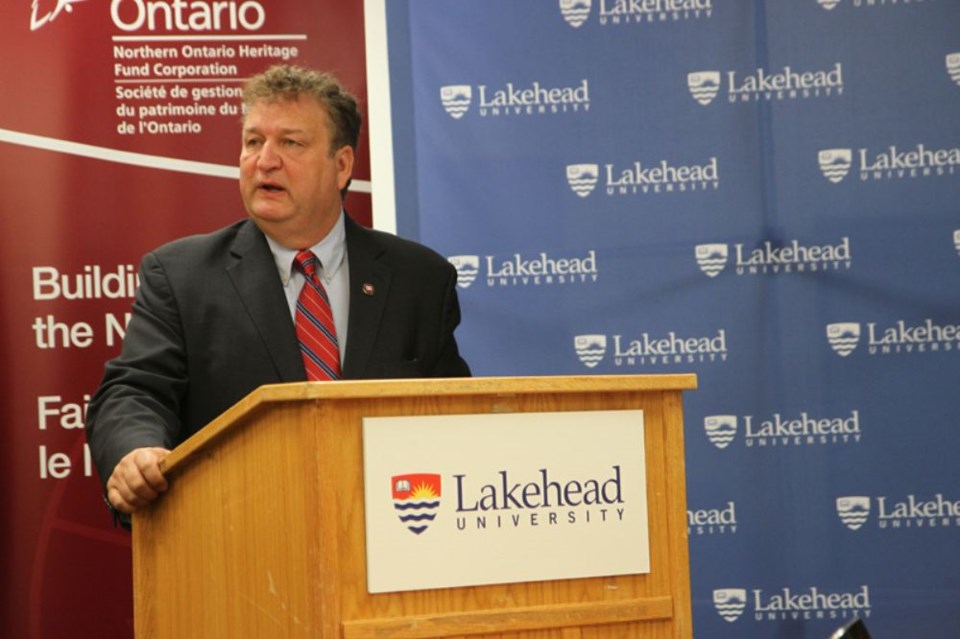 THUNDER BAY -- Lakehead University thinks it can revolutionize the way people Northwestern Ontario can get a degree.

And the school says it's already started. Last year the school linked its Thunder Bay and Orillia campuses through immersive technology, classrooms connected through audio and video so advanced that people on either side are nearly life-sized in high-definition. The classrooms, nicknamed "The Starship Enterprise" because the technology and feel of the rooms make a person feel like they're on the set of Star Trek, have allowed Lakehead to host classes that students in each city can attend at the same time.

On Friday, Lakehead announced that Sioux Lookout and Kenora will each get a classroom, expanding the program and allowing students in the region to get a degree without having to leave home. The technology also allows students to attend lectures with smartphones and tablets.

Michael Gravelle, who announced the expansion was made possible through $1 million from the Northern Ontario Heritage Fund Corporation, said.

After taking over in 2010, Lakehead president Brian Stevenson said he realized quickly that satellite campuses throughout the region wouldn't be possible. But over the past four years the school has been working to get its presence into other communities.

"This I think is a great option. To have satellite classrooms, to have full access to all of our programs and professors," he said.

"It's the closest thing to being there that exists in tech today."

It will also allow the school to make more programs available. Before if only three students wanted a class, it couldn't be justified. Now a few students from each city can add up quickly.

Stevenson is hoping to have Kenora, Sioux Lookout and possibly one more classroom up and running by the fall of 2016. It's the second of four phases for the school, the last being isolated First Nations communities once internet capabilities expand in the North.