Thunderwolves athletic director says it's been a trying year or so for university athletes, but there is a light at the end of the tunnel.
Apr 30, 2021 11:18 AM By: Leith Dunick 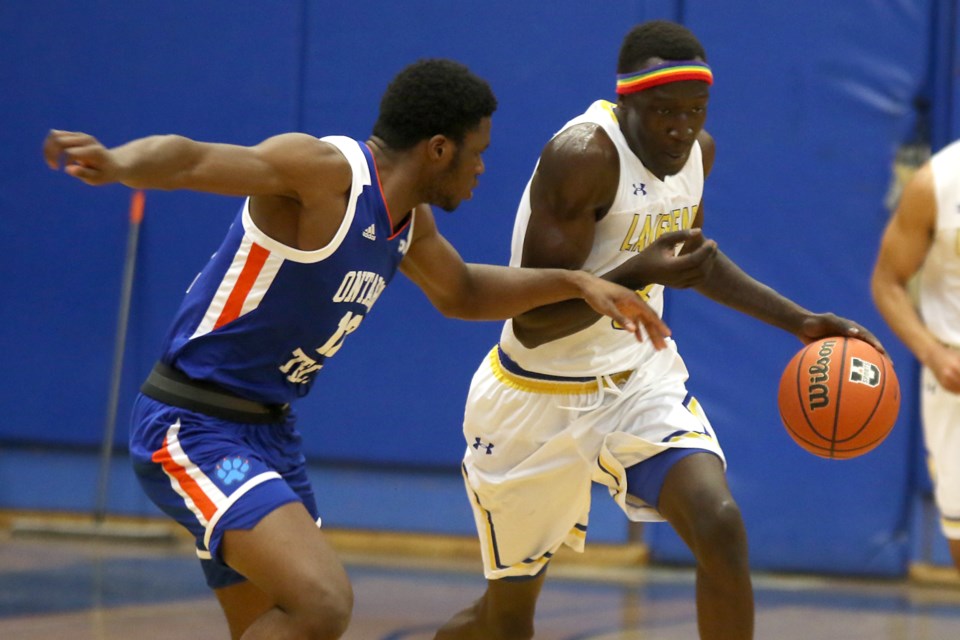 THUNDER BAY – Tom Warden is hopeful the puck will drop, the tip-off will take place and the starter’s gun will go off this fall, allowing university athletes in Canada to get back to competition.

Warden, athletic director at Lakehead Unviersity, said it’s been a tough 13 months since the COVID-19 pandemic turned the Canadian sports world on its head, but there’s plenty of reason for optimism.

For starters, at the Ontario University Athletics level, officials have started the process of working out schedules for the coming fall seasons.

Secondly, vaccination progress is moving along relatively quickly, with even Toronto expected to pass the 40 per cent mark for first doses this weekend. Thunder Bay sits at 41 per cent of eligible recipients as of last Saturday and by late May, all Ontarians 18 and older are expected to be eligible to get a vaccine.

“That’s the objective, certainly, of the OUA and U Sport and Lakehead University, that we do have sports again next year. That is our goal that we’re working toward. Publicly, it’s important for people to understand that’s our goal, provided it’s safe, provided that we can deliver sports under the current legislation at the time,” Warden said.

A year ago the OUA announced it was cancelling all championships for the fall semester, but left the possibility teams and individual sports might be able to return to action in January. As case counts rose in the fall, that dream was quickly dashed.

It’s been a trying year for coaches and athletes, Warden said.

“It’s been a very difficult year all around, in every sector, but certainly I feel for our athletes. First of all the announcement there wasn’t going to be any sports and the on-and-off again training piece. I think it’s important there is some good news,” Warden said.

“This is good news and we’ll work toward solidifying what that means.”

Team rosters will most definitely look different in 2021-22 than they might have to start the 2020-21 campaign.

For most, studies continued. Some will undoubtedly just forgo their final year of eligibility in order to move on with life or other athletic opportunities.

The Thunderwolves hockey team, for example, lost Tomas Soustal to the European professional ranks, while Josh Laframboise left to try his hand in the ECHL, though was ultimately cut and could return.

“Honestly, all those things have happened. You’ve had the kid that’s in his or her fourth year that’s now in their fifth year and they’re not interested in continuing. You’ve had kids that aren’t ready to commit, or who commit early because they’re anxious,” Warden said.

“I think generally speaking, that’s right across the sector in U Sport.”

Canadian universities just don’t have the infrastructure or revenue generation in place that allowed leagues like the NHL and NCAA to go forward in 2020-21.

Warden is holding out hope that when his athletes do return, they’ll be able to do so in front of fans, though again that will depend on the rules in place in Ontario and Quebec when competition resumes.